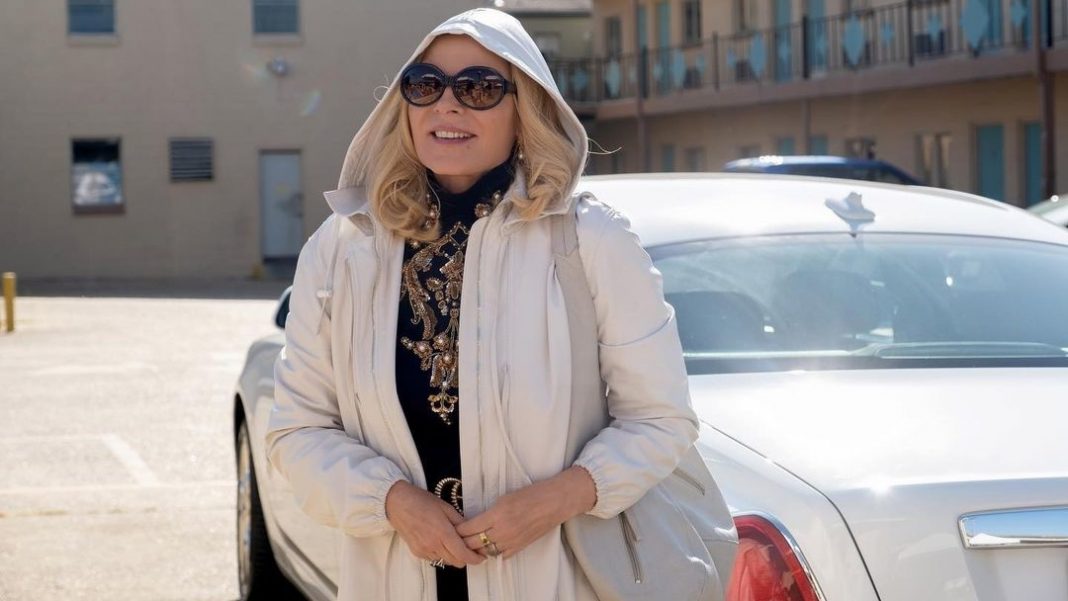 Kim Victoria Cattrall who was born on 21 August 1956, is a British-born Canadian-American actress.

Cattrall has been married three times and does not have children. In 2020 during the Covid Pandemic, Cattrall became a US Citizen and was able to vote in the 2020 presidential election.

According to Celebrity Net Worth, she made $350,00 per episode toward the show’s end.

Celebrity Net Worth, which claims that Kim Cattrall’s net worth is $60 million, also reports that the actress was paid $7 million for the first Sex And The City movie and $10 million for the second.

Cattrall began her career after graduating from Georges P. Vanier Secondary School in 1972 when she left Canada for New York City. There, she attended the American Academy of Dramatic Arts, and upon her graduation signed a five-year film deal with director Otto Preminger.

She made her film debut in Preminger’s action thriller Rosebud (1975). A year later, Universal Studios bought out that contract and Cattrall became one of the last participants in the contract player system of Universal (also referenced as MCA/Universal during this period) before the system ended in 1980. The Universal system’s representative in New York, Eleanor Kilgallen (sister of Dorothy Kilgallen), cast Cattrall in numerous television guest-star roles. One of the first jobs Kilgallen got her was in a 1977 episode of Quincy, M.E. starring Jack Klugman, whom Kilgallen also represented.

Cattrall began her career after graduating from Georges P. Vanier Secondary School in 1972 when she left Canada for New York City.

In 2020 Cattrall returned to TV in the Fox Drama Filthy Rich where she played matriarch Margaret Montreaux, the matriarch of a mega-rich Southern family famous for creating a wildly successful Christian television network.

Kim Cattrall also served as a producer on the series. Kim Cattrall was honored at the 2020 Atlanta TV festival with the Icon Award for the show.

As mentioned above, Kim Cattrall earned $350,000 on the show just like her co-stars Cynthia Nixon and Kristin Davis. But her other co-star Sarah Jessica Parker earned way more than them, that is $3.2 million.

In an episode on the podcast “Origins” in 2018, SATC executive producer Michael Patrick King claimed that Kim Cattrall wanted to be paid the same as Sarah Jessica Parker.

“The show doesn’t exist if Sarah Jessica wasn’t the blonde star of the show, that’s number one,”  he said.

“Kim was not at the height of her career, Kristin was under her in terms of notability, Cynthia was a theater actress and their contracts reflected that status.”

In a new interview for the Women’s Prize for Fiction podcast, Kim Cattrall opened up about the backlash she’s received in recent years for declaring that she would not be returning to her most iconic role.

“Walking away, even if it’s the only thing to do, you always feel, it’s a bit of shame, I think. The taste of shame and you have to let go of that. You don’t want to become that caged bird.”

Kim Cattrall experiences that she is grateful that she is capable of making such a decision.

Cattrall’s interview comes as new rumors of a Sex and the City reboot have resurfaced. The New York Post has reported that there’s “buzz” around a limited series reboot with the original stars including Sarah Jessica Parker, Kristin Davis, and Cynthia Nixon.

Net Worth of Bert Belasco: The ‘Let’s Stay Together’ Star Who...

Jay Sekulow: Net Worth of personal attorney to Donald Trump who...