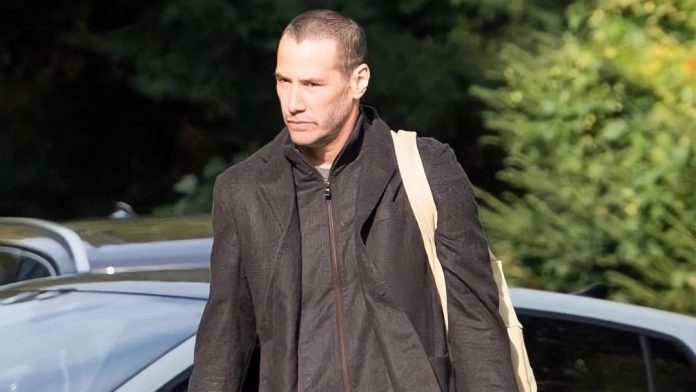 There are few Hollywood stars whose stardom has transgressed over decades. Keanu Reeves is one of the last surviving superstars of Hollywood. Every decade there has been a Keanu Reeves movie that not only created a fanbase for the actor but also re-established his box-office dominance.

Reeves who is most popular for his blockbuster sci-fi movie franchise The Matrix Trilogy and more recently the John Wick movies, is once again shaking things up with another of his movie.

The actor’s 2015 Horror/Thriller ‘Knock Knock’ recently debuted on Netflix. Though the movie missed the Halloween line up of the steaming platform, it was one the first major November releases for Netflix.

The movie was released on Netflix on November 1.

What’s ‘Knock Knock’ about and why it’s trending on Netflix?

Knock Knock was initially released in theatres in 2015 but opened to low numbers and vastly mixed reviews. Along with Reeves the movie also stars Lorenza Izzo and the Blade Runner 2049 and Knives Out fame actress Ana De Armas.

According to Variety, the movie is director “Eli Roth’s retake on the 1977 exploitation movie ‘Death Game’ with better acting and new technology.”

Knock Knock is a movie about a devoted husband and father, played by Keanu, who is home alone for a quiet weekend. When suddenly two stranded young beautiful girls knock at his door asking for help. As a good gesture he agrees to help them but things eventually take nasty turn into a deadly game of seduction and temptation.

Even though this was Ana De Armas’s breakout feature film, the movie still bombed at the box office. Most viewers consumed Knock Knock as a guilty pleasure of sorts.

But when Netflix released the Erotica Thriller on November 1 the movie saw some unimaginable number of streams. Though the movie missed the Halloween release schedule, the early November release made it an appealing watch for an extended holiday of Halloween and Presidential Elections.

The movie started trending on Netflix Top 10 only a few hours after debuting on the streaming platform. It kept gaining more and more streams as the day progressed. According to FlixPatrol’s Top 10 chart “Knock Knock has now reached the seventh spot of the most-watched movie on Netflix in the US.”

What’s the next Keanu treat for fans?

Keanu Reeves is currently working on his next outing as John Wick. But what fans are more eager for is Reeves once again taking on the titular role of Neo for the next installment of the Matrix franchise. He is currently shooting for the same in Berlin.