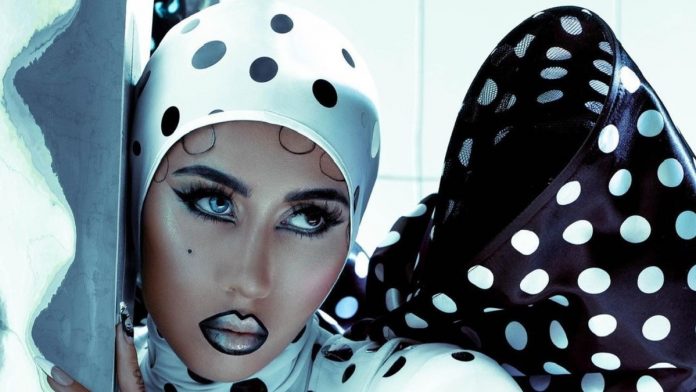 Kali Uchis has made yet another mark on the music industry as she released an extremely exciting and sultry video for the second single for her upcoming album.

The song La Luz saw its video take the internet by storm when it was released on the 26th of October 2020. The song features the very talented Latin trap artist, Jhay Cortez.

The video shows Kali Uchis float through the clouds and begins with her texting her crush before date night. The video and song help us understand the feeling one has right before meeting their crush for an unforgettable night. the video is filled with aesthetics from the 2000s and is directed by Kali Uchis herself and features softie has her love interest.

Kali Uchis went on to describe the song as

“That moment when you set your sights on someone and can’t wait to do everything freaky imaginable with them.”

Karly-Marina Loaiza was born in the United States and is a Colombian singer.

She marked her place in the music industry with the release of her first mixtape, Drunken Babble, in 2012 which made critic review her as somewhat of a genre-defying artist.

Her aesthetics and singing style took the music world by storm as she was definitely an artist who was one of a kind.

Kali Uchis went on to collaborate on various hit singles that she won awards for. The one with most recognition being 2017 single, ‘Get You’ featuring the Canadian R&B star, Daniel Ceaser.

After her collaboration on a song with Tyler the Creator, Kali Uchis went on to announce her album, Isolation on ‘The Tonight Show‘.

IN 2019 Kali Uchis collaborated with the late Mac Miller for the first single after the release of the rapper’s death and the song was called time.

After a few more collaborations, in 2020, she released an EP ‘To Feel Alive’ which she recorded entirely at home due to the pandemic.

In the month of August, Kali Uchis dropped the bomb of giving her fans yet another beautiful album. Although the name of the album remains unknown to us, she released the song ‘Aqui Yo Mando’ featuring the American rapper, Rico Nasty and is the lead single for the album.

She mentioned that the album will be dominantly sand in Spanish and although she received a lot of hate for it, the spicy Latin queen took to Twitter and was not afraid to call haters out.

She went on to tweet “Today I drop another song in Spanish which I know means another day of disappointment for my English speaking fans who do not wish to make the attempt to listen to music in languages they can’t understand”. We are definitely waiting to see what more Kali Uchis has in store for us, but for now, sit back relax and zone out into the aesthetics of the La Luz video.

Check out the sneak peak of the video below:

Jim Acosta: Net Worth of the ‘Chief Domestic Affairs Correspondent for...

Louie Gohmert: Net Worth of Former Judge who Sued Pence to...

Tulsi Gabbar Net Worth and Why She Introduced a Bill Against...