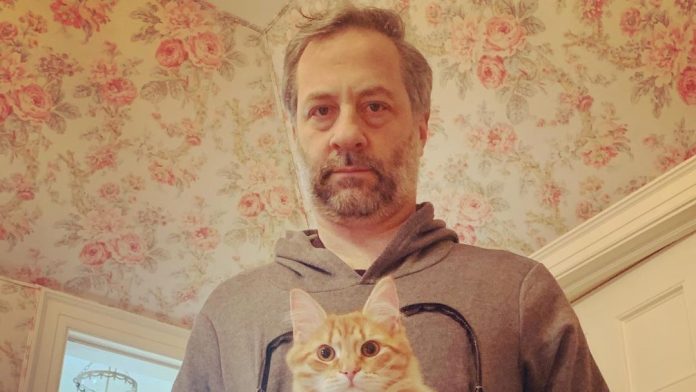 The times truly are changing. What was once considered an alternate medium for viewers to consume movies and shows, has now bankrolled projects that have the biggest names in the industry attached to them.

From Martin Scorsese to Spike Lee, a great number of A-list directors from Hollywood have already made their digital directorial debuts. With the onset of the pandemic and most theatres remaining closed, that number is only increasing as the month’s progress.

Judd Apatow is the latest to join the Netflix filmmakers club. The 52-year-old director is working on a pandemic-inspired comedy movie that will stream on Netflix. This marks Apatow’s debut as a director for any streaming service.

Judd Apatow Net Worth is around $150 Million

According to CelebrityNetworth, after being involved in the movie-making business for over 15 years, Judd Apatow has acquired a net worth of approximately $150 Million.

Most popularly known for directing hit comedies like The 40-Year-Old Virgin, Knocked Up and This is 40, Judd Apatow has earned quite a wealth and reputation for himself.

According to the sources, Judd Apatow also owns two mansions worth $10.8 Million and $14.5 Million at Santa Monica.

Apatow started out in the film industry by doing rewrites for a number of Jim Carrey and Adam Sandler movies but mostly never got the credit. But post his directorial debut with The 40-year-old Virgin, Apatow found success as a filmmaker. He is also the founder of Apatow Productions which has produced a number of television shows and movies.

Directorial Debut but not the first collaboration with Netflix

Though it is confirmed that filmmaker Judd Apatow will be making his digital directorial debut for Netflix’s pandemic-themed-comedy, this will not be his first collaboration with the streaming giant.

Apatow has previously worked with Netflix on two of his projects. The first one being ‘Love’, a show that redefined the romance genre for years to come, and found appreciation from people from all walks of life. Not only did Apatow create the show, but also served as the Writer and Executive Producer on the show.

His other collaboration with Netflix was his standup special titled, ‘Judd Apatow – The Return’.

The pandemic-inspired-comedy will be produced under the banner Apatow Productions with frequent collaborator Barry Mendel executive-producing. The duo previously worked together on the comedy ‘The King of Staten Island’. The title of the film has not yet been revealed. Though according to some sources, the plot of the movies revolves around a bunch of actors stuck in a hotel, as they struggle to complete a film. Not only will Apatow be directing, but he has also co-written the screenplay with South Park writer Pam Brady.

Taylor Dayne Net Worth: The ‘Popcorn’ Singer Gets Eliminated from ‘The...

Dolly Parton Net Worth: How Much is the “Queen of Country...

Charlie Morton Net Worth as the Atlanta Braves sign him for...