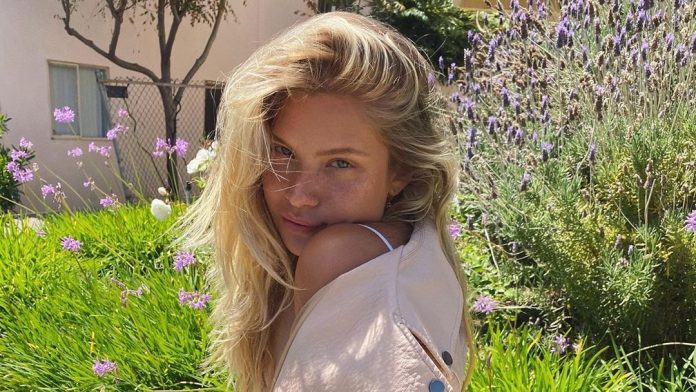 Logan Paul, 25,  is reportedly dating model Josie Canseco, 23, The couple recently made their first public appearance together at the Rose Bowl flea market in LA, and were spotted holding hands.

Last year logan put all of his focus on boxing match against KSI, but it seems like after keeping a long haul away from dating, his head has turned around. According to TMZ, the pair started out dating after hanging out with the same friend circles.

Logan has revealed that the pair were isolating together amid the coronavirus pandemic. “It’s just me, the bird, a couple of homies and a girl.” he just simply said yes, when asked if the girl living with him was Josie.

Logan seemed hesitant to spit out too many details about their relationship as he mentions he would like to keep some things to himself and that he just wants a normal life, but it’s a bit hard for him as he puts everything on camera.

Logan tells that they are pretty serious.

Brody Jenner, 36, American Television personality, disc jockey, and model was previously linked to Josie Canseco in 2019, after his very public split from wife Kaitlynn Carter. Sources tell that they started dating over the summer but split shortly after in October over their significant age difference.

Logan admits that Josie, 23, does not check off all of the boxes on his list of what he looks for in an ideal woman who he would date, but added, “I think the idea is to get in a relationship and grow with the person as they develop traits you are attracted to. So while [Josie] definitely checks off the majority, for sure, just like me, we both have the stuff to work on.”

The youtube star who has more than 21 million subscribers tells that he cautions anyone he dates, including Josie. After confirming logan went into some details and told “It was a crossing of L.A. circles…‘She’s over here and I’m over there and we crossed circles one night…it’s f**king serious.”

Mitch McConnell: What is the Net Worth of the ‘Longest Serving...