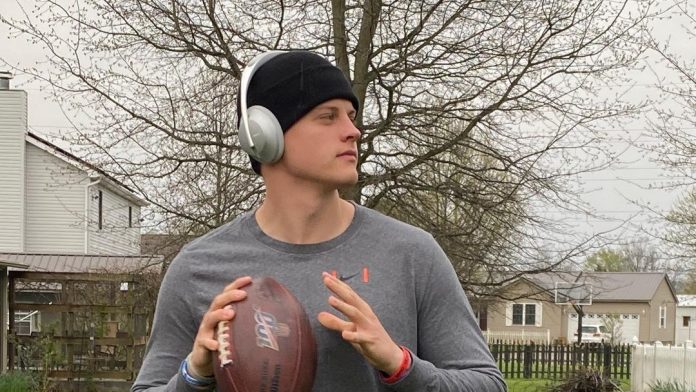 Over the years the game of American football has received widespread criticism for the life-threatening injury risks the game exposes the players to.

NFL has been criticized for a lack of active involvement in decreasing the risks of injuries. Though the system is flawed, it is still all part of the game football is.

Joe Burrow, the quarterback for the Cincinnati Bengals is the latest to succumb to an injury that will probably take over 12 months to heal. Though Burrow’s injuries are not life-threatening, the NFL quarterback will miss the remainder of the season.

But this is only a temporary figure. The Cincinnati Bengals’ player is expected to see a boost in his net worth as his contract with the Bengals finally reaches fruition.

The 23-year-old quarterback was the first pick of this year’s NFL draft. According to Spotrac, Burrow has signed a four-year contract with the Cincinnati Bengals at the end of which he will be earning a total lump sum of about $36.1 Million.

Joe Burrow’s contract with the Bengals also includes a gigantic signing bonus of $23.8 Million. This means that for the 2020 season of NFL, Burrow will make $9,047,534 as annual salary as the Cincinnati Bengals’ quarterback.

On Sunday when the Cincinnati Bengals faced the Washingtons, a 20-9 loss wasn’t the only blow the tigers received. The quarterback Joe Burrow succumbed to a fatal knee injury.

Post an MRI evaluation, the NFL No.1 draft is expected to spend the rest of the season on the sidelines. ESPN later reported that the Bengals player has torn his ACL and MCL and is also suffering other structural damage to his left knee.

Though Burrow is expected to go on a pretty long sabbatical, the Bengals coach Zac Taylor expects his star quarterback to make a comeback in time for the 2021 NFL season. Tayor said,

“He’s an expert in missing an offseason and playing effectively”

Burrow was injured with only 12 minutes left in the third quarter when he got caught between two Washington linemen. Post his injury, Burrow will finish off the season with 2,688 passing yards, 13 touchdowns, and five interceptions while maintaining a completion rate of 65.3 percent. Even before anything about his injury was officially confirmed, Burrow made an announcement through Twitter, he said,

“Thanks for all the love. Can’t get rid of me that easy. See ya next year.”

Rick Moranis Net Worth: The ‘Ghostbusters’ Actor Was Assaulted In New...

Amanda Nunes Net Worth: How Much Money does the UFC’s ‘Lioness’...