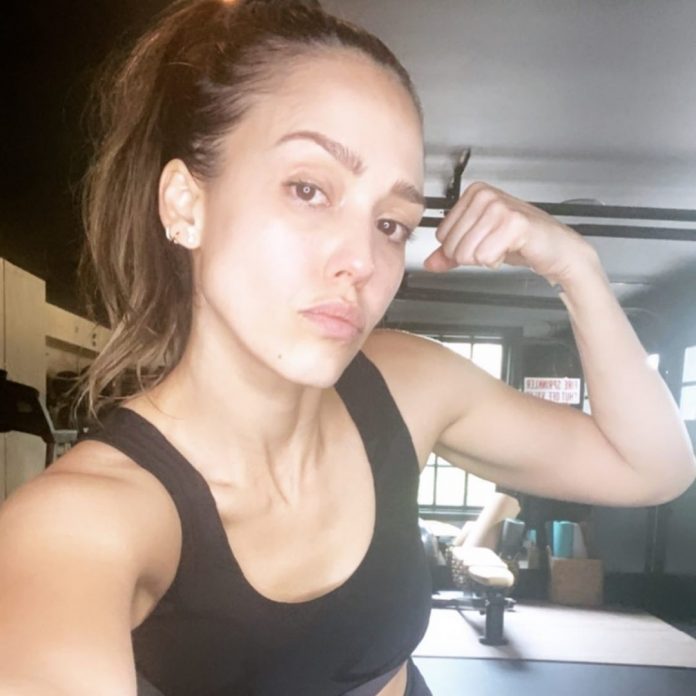 After her successful Hollywood career, Jessica Alba has again gone viral. The new TikTok dance challenge on the song “Savage” by Meghan Thee Stallion was born during the pandemic and has everybody doing it.

The TikTok stars have been continuously uploading videos dancing to this song especially Addison Rae from The Hype House and Bryce Hall from Sway House. Jessica Alba too participated in this trend and performed in tight high waisted denim jeans and a white I buttoned sweater.

Jessica Alba performed while swaying her hips to the beats and eve adding the infamous “throw it back” step. The video went viral as soon as it was uploaded, so much so that the singer of the song- Meghan Thee Stallion even shouted out to the Honey actress writing, “Hot girl Jessica checking in.” and reached nearly 6 million views.

Reaction from her fans

Fans went crazy as the video was reposted on twitter to the point that it was trending. The 38-year-old, mother of three blew everyone’s mind showing off that she’s still got it and that age and motherhood does not define the level of hotness.

It wasn’t just her dance skills and hotness that captivated people, everyone praised her ageless beauty and her beautiful skin. All this didn’t mean that the video didn’t get its fair share of hate comments.

Greg Gutfeld Net Worth and His News Coverage on a heroic...