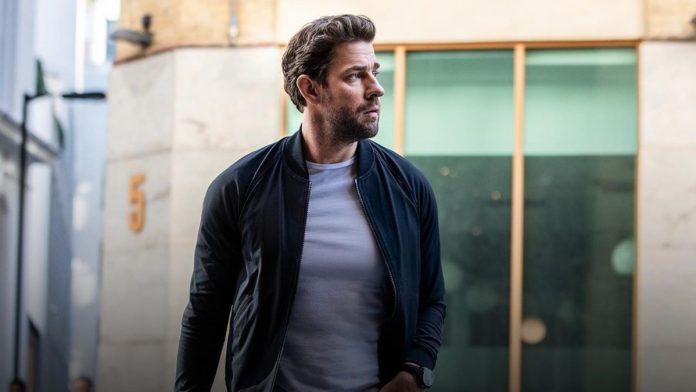 Jack Ryan, played by John Krasinski of The Office fame is set to return to the screens for a third season. Created by Carlton Cuse and Graham Ronald, the series is best described as a political thriller with generous doses of action.

Up to now, the series has produced sixteen episodes divided between two seasons. The first season which aired back in 2018 on Amazon videos, quickly achieved wide acclaim by fans and critics for its gritty tone and writing. Not only that, but John Krasinski also fit the role perfectly as a desk job employee turned into a spy. However, season 2 of the series loses much of that appeal. The story gives way for new characters, a femme fatale played by Noomi Rapace, but also loses a few like that of Dr Cathy Mueller, adeptly played by Abbie Cornish.

Here’s what we can expect in season 3

Jack Ryan has been a tremendous production for the showrunners, boasting vast budgets for action sequences and a variety of challenging locations for shooting. With increased popularity, it’s no longer unusual that season renewals only take a few months to be announced but then take years to deliver on the promised content.

Amazon took a similar step when it announced a third season back in Feb 2019 during the Television Critics’ Association press tour. But, in regards to falling ratings and bad reviews by its audience and critics, Amazon has decided to usher in a new pod of writers while disbanding the old team (excluding showrunners).

Also Read: Jack Ryan Season 3: Is “John Krasinski” Returning and What will be the Release date?

Writers that have been disbanded from the show include the following:

The old guard gives way to the new. The list below includes the writers hired for the next season:

Carlton Cuse, famously known for shows like Lost and Bates Motel will be leaving the writers’ team to focus on his series Locke & Key. In his place, Amazon has brought in Paul Scheuring who is known for Prison Break.

Thanks to this major change, fans trying to guess the next season’s plot is unlikely to uncover any clues. Just like previous seasons, the show will differ from its source material. Former executive Carlton Cuse has said that the show was more about exploring the drama of an analyst thrust into the field than the conventional storyline he follows in the book.

Whatever the case may be for the next season, we will keep our ears to the ground for more details and update them as soon as they become available.