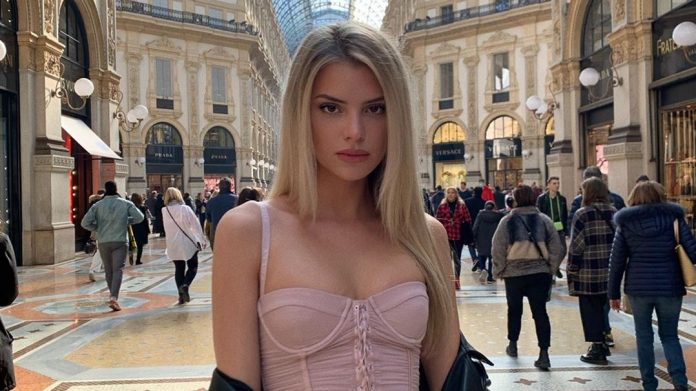 Alissa Violet was born on June 12, 1996. She is an American actress, model, and YouTube star who rose to fame via applications like Vine and Instagram. She gained over 600,000 followers on Vine until the app got shut down. She is a social media star.

She was in a relationship with Faze Bank from 2017 to July 2019 when they officially announced their breakup in the summer of 2019. Faze took to Twitter to make this announcement and said that it was a mutual decision. He also said that he loves Alissa to death and always will. He went on to call Alissa the most amazing soul he has ever had contact with and said that he will never say a bad word about her. He assured her that she will continue to have his love and support.

But all was not well. In December 2019, Alissa took to Twitter and accused Banks of cheating on her. She said that he cheated on her more than once in their two-year relationship.

This scandal started when a fan asked Violet about how she found out that Banks was cheating on her. She told this fan that one day when she was asleep upstairs with their dogs, Banks wasn’t next to her. She checked their guest house and caught him naked in the bed with a random girl.

A while after these claims surfaced on the internet, Banks jumped in and wrote, “I love you”.

23-year-old Alissa responded to this by sharing screenshots of a text thread with someone named scumbag which we presume to be Banks. In the screenshot too, Violet is accusing banks of cheating on her after he said ‘I love you’ to her.

In a series of follow-up tweets, Violet indicated a number of incidents when Banks was allegedly unfaithful to her. Supposedly replying to Banks, she asked him whether he “loved” her when he texted a girl that he was on his way to her hotel room at 6 am to ‘get weird’ while Alissa was sleeping next to him.

Adding to this tweet, she added, “Did you ‘love me’ when you said you were at highlight room, but I had your location and you were at a random apartment complex for 2 hours?”.

She put an end to this reveal with one final tweet, “Did you ‘love me’ when you f**ked all the girls I was worried about while we were dating, after the breakup?”

Even though Banks has not commented further, it is clear that Alissa has a lot to say.

Alissa Violet in her latest Instagram story was addressing her fans to stay at home, Keemstar noticed some interesting details.

He said the bed board in the video looked exactly the same as the one shown in the Faze house tour video. He also pointed out in the same video you can spot Alissa’s bag in Banks’ bathroom.

These are just speculations and doesn’t confirm anything. We will keep you updated as soon as the news is out.