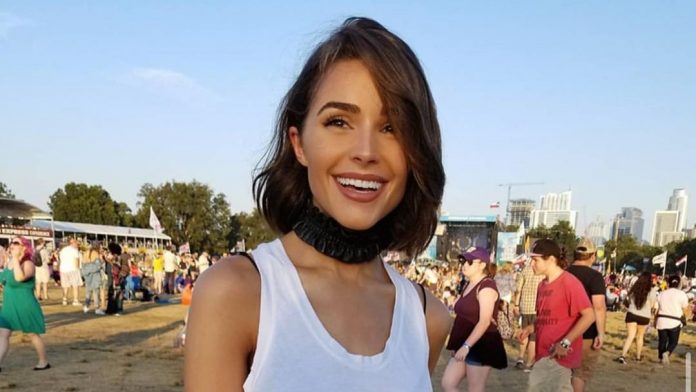 Olivia Culpo in an interview with People TV shared her thoughts on Nick Jonas finding love in Priyanka Chopra.

Olivia said “I think that anytime anybody can find love especially in this industry because there is obviously a lot, it’s difficult, you can see there’s a track record of things not working out, and that’s me. So, I’m so happy for him you know I wish that everybody can find love and happiness so that does that mean that I would not wish that for him”

As everyone knows, Olivia Culpo and Nick Jonas have history. The ex-couple started dating in 2013 and stayed together for two years. It was a serious relationship for both of them and it was tough when it didn’t work out.

They broke up in 2015 because they were unable to give each other enough time due to their extremely busy schedules. Nick Jonas toured a lot and Olivia Culpo had different work commitments due to which their relationship essentially became long-distance which did not work out for them eventually.

Nick Jonas’s hit song ‘Jealous’ is based on Olivia Culpo.

After their split, Nick Jonas told E!News, “I wish the best for her in the future and we had a great two years”.

The singer went on to focus on his work for quite some time after the split.

After dating Nick Jonas, Olivia Culpo had a two-month fling with baseball player Tim Tebow. In 2016, she started dating football player Danny Amendola but parted ways with him in 2018 after he was seen with another woman.

Olivia Culpo is currently dating NFL player Christian McCaffrey. He is the running back for the ‘Carolina Panthers’. The two started dating in the summer of 2019 but kept things quiet until October 2019.

Although, the couple was spotted together vacationing in Mexico in July 2019.

Olivia told People TV, “It’s really easy for us, so I’m grateful”. The former Miss Universe also told that things are “really great” between the two.

Amid the COVID-19 induced pandemic, the couple is quarantining together. They share adorable and romantic pictures together on social media.

Recently, Olivia Culpo shared a picture on her Instagram account of the pair sunbathing and all cuddled up.

Aislinn Derbez and Mauricio Ochmann announce their separation on Instagram