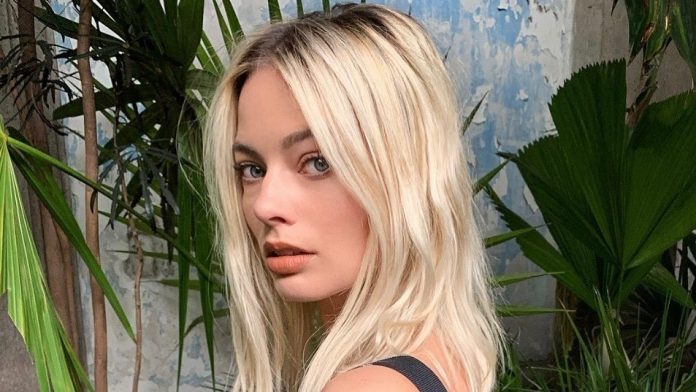 Brad Pitt asked his Once Upon a Time in Hollywood co-star, Margot Robbie to deliver his speech at The British Academy Film and Television Arts or BAFTA Film Awards on behalf of him because he could not be there due to ‘family obligations’.

Brad Pitt won the award for the best supporting actor for his role as Cliff Booth in Once Upon a Time in Hollywood. Even though he could not be there, he had a speech prepared for the occasion. He asked Margot Robbie to deliver his speech for him a night before the event.

As she recalled during a conversation on Good Morning America,

“The night before, he was like, ‘Can you do my speech for me? I can’t be there”.

The actress confessed that she was ‘panicked’ about delivering Brad’s acceptance speech on his behalf. Amidst this panic, she did not prepare a speech for herself even though she was nominated for two awards.

“I was so panicked about his speech that I didn’t even think about preparing one for myself because I was up for two…”.

In the speech that Brad Pitt prepared, he took a dig at Brexit and the royals.

First, he joked about being single and connected it to Brexit that is Britain’s exit from the European Union which was made official on 31 January 2020 –

“Hey Britain. Heard you just became single. Welcome to the club. Wishing you the best with the divorce settlement”.

He then thanked the Academy, his producers, stuntmen, etc.

Lastly, he takes a dig at the royals joking about Prince Harry and Meghan Markle’ decision to step down from their royal duties and live independently in North America and the UK –

“He says that he is going to name this Harry (holding the trophy) because he is really excited about bringing it back to the states with him”.

Interestingly, senior members of the royal family, Prince William, and Kate Middleton were sitting in the front row seats at the award ceremony when Margot Robbie was delivering the speech. The royals also tickled and fell into laughter along with the rest of the audience.

Lastly, before quickly getting off the stage, Margot Robbie reminded the audience, “His words, not mine”.