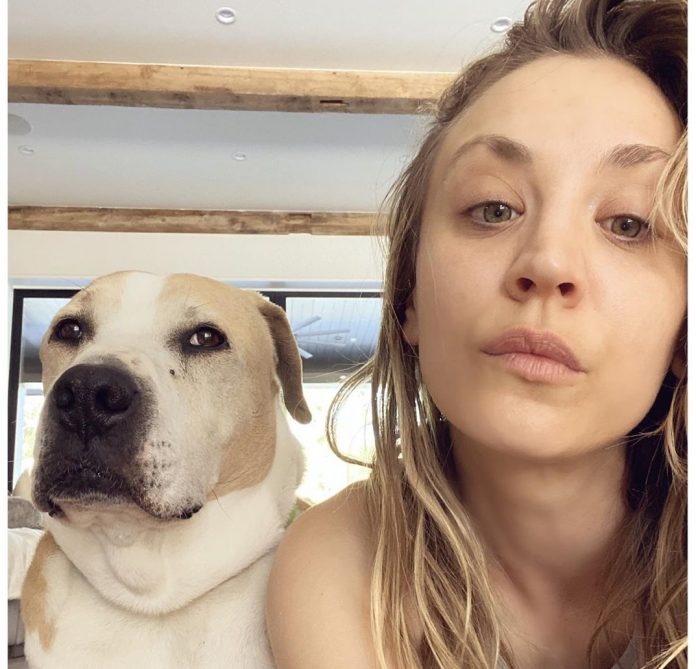 The video started with Kaley talking about how she has been living in her nightshirt for the past three weeks. She joked about how this quarantine had finally allowed her to move in with her husband after one and a half years of marriage. “We like each other, we realized which is even better” she stated.

Then Kaley gave the viewers a sneak peek into her vast coffee mug collection, the harry potter mug, and Game of thrones mug being some of her favorites.

Kaley also gave a quick introduction of 6 of the many dogs living with her at the moment. She said

“This is the first time 3 weeks, they have all been quite”

Jimmy Kimmel will be donating to a worthy cause in each of his interviews. For this particular one, he decided to donate to what Kaley chose i.e. the Stand Up for Pits Foundation.

Some of the other celebrities that Kimmel interviewed in the quarantine are Ellen Degeneres and Jennifer Aniston.

After Listening to Kaley, Jimmy shared an interesting conversation he had about his daughter.

“My daughter is 5 years old and in every day at her class they have a like show-and-tell kind of thing, and its this kind of thing actually”

More about Kaley Cuoco and her life.

Kaley Cuoco is an American actress and producer. She began her acting career at a very young age when she was just 10 years old. After being featured in a couple of television shows and movies she rose to fame as Penny in one of the most successful romcoms, The Big Bang Theory.

Talking about her personal life, in 2007 she dated her co-star from the show, Johnny Galecki for around 2 years while their characters on the show were also dating. She later mentioned in an interview that although they parted ways, they share a cordial relationship and remain, good friends.

Kaley got married in 2013 to professional tennis player Ryan Sweeting. Their marriage only lasted 3 years and the couple parted ways in 2016.

She later began dating Karl to cook an equestrian in late 2016. The couple got married in 2018.

You can watch the entire video here: