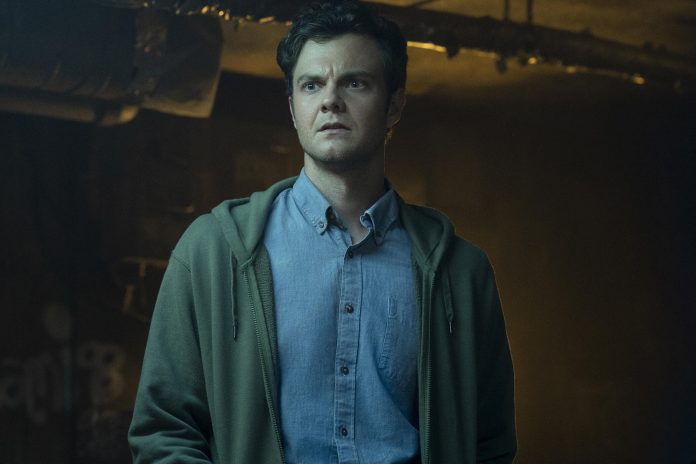 Who does not like sneaky shows. And crossovers? Don’t even get us talking. We are getting jittery with excitement as our favourite show Doctor Who is getting appreciated by our other favourite show, none other than The Boys.

The boys have just started with its season 2 on Amazon after being hit with its season 1. It officially topped Amazon’s best shows and giving a tough competition to its rival Netflix.

A brief info on The Boys Series.

The Boys is an American Web Television series on Amazon Prime video which is inspired by the comic book written by Garth Ennis and Darick Robertson by the same name. The series got its popularity when it got premiered on Amazon on July 26,2019 for its season 1 and also got its season 2 renewed the same years which wasn’t that much surprise as fans loved it with their heart.

The season 2 just got premiered on September 4, 2020. All the episodes are not even out yet and season 3 also has been ordered on Amazon. The first three episodes “The Big Ride”, “Proper Preparation and Planning” and “Over the Hill with the Swords of a Thousand Men” are out and we definitely can’t wait for remaining ones. Each episode keeps surprising us with its witty dialogues, fights and having our favourite actors is a treat to our eyes.

Where is Doctor Who’s Easter Egg?

A diehard fan, RadioTimes.com Sci-fi editor Huw Fullerton pointed out that Frenchie, the weapons expert played by Tomer Capon can be seen as fan of Jodie Whittaker’s incarnation of The Doctor if we take a look at his T-shirt. We see that during the third episode’s speedboat/whale chase, Frenchie wearing a t-shirt with a cat sporting Whittaker’s Who outfit. Even if it’s a feline version of her, we love it anyway.

And we really hope that Doctor Who will return the favour, even if it’s a little crossover, I think it’s enough for our appetite.

All about the Whale scene.

Doctor Who is not the only interesting thing happened during the episode. In RadioTimes.com interview, Jack Quaid who plays Hughie Campbell was talking about the Whale scene and he had some confessions to make.

He said “The whale was insane. I don’t think I’ll ever do anything like that again in my career. It was a first, for sure. Although if I know Eric Kripke, he’ll continue to torture me and I’ll wind up in the belly of some other animal.”

He also further said “I don’t know if ‘fun’ is the right word, because it was the stickiest I have ever been. But it was really impressive how they built this set that was the interior of a whale with a beating heart and blood flowing from the severed veins.”

Only three episodes are out as yet and the show is surprising us with insane adrenaline shots and captivating storyline. So we can definitely guarantee that things about to get more crazy with more episodes and we can’t wait to witness.

Tune into Amazon Prime Video to watch “the Boys” madness!

Judy Ogle Net Worth: Rumored to be Gay and Share Love...

Garth Brooks Net Worth: the ‘County’ Singer to Perform at Biden-Harris...