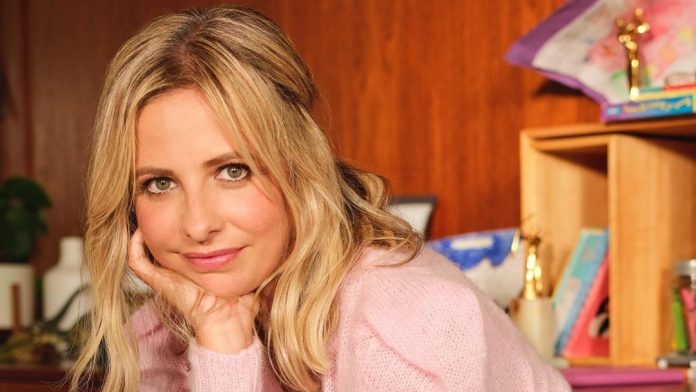 One vampire slayer was once a teen heartthrob in the 90s. And it was Sarah Michelle Gellar. Sarah was born to be in Hollywood and she proved it repeatedly. Being discovered only at age of 4 by an agent in New York, she got starred in An Invasion of Privacy in 1983 and didn’t seem to stop ever since.

How she became teen heartthrob:

She got a role in teen drama  Swan crossing in 1992. Following that she also got cast in  ABC drama All My Children which got her Emmy Award for Outstanding Younger Actress in a Drama Series.

The popularity of Buffy the Vampire Slayer:

Her popularity went to a higher level when portrayed as Buffy Summers in Buffy the Vampire Slayer WB drama between 1997 to 2003. And for that, she got five teen awards, a Golden Globe nomination, and a Saturn award.

She gave us many famous movies like ‘ I Know What You Did Last Summer, Scream in the same year 1997. She also gave us Cruel intentions in 1999 following with Scooby doo and Scooby doo 2: Monster Unleashed. She was also in independent films like Southland tales, Suburban girl, TMNT, Veronika Decides to Die, and many more and also the infamous Ringer and the Crazy ones.

Sarah Geller and her husband relationship:

Sarah Geller married her co-star from I Know What You Did Last Summer, Freddi Prinze Jr. On September 1, 2002. The couple now lives in Los Angeles with their two children. Sarah and her husband are one of the lasting relationships in Hollywood.

Fans are really excited about the news that their favorite Buffy star getting her television comeback. Sarah Michelle Gellar will be in the thriller drama Sometimes I lie. This show has no network yet. But Sarah will be producing it and she’s not doing it alone. All-time favorite host Ellen DeGeneres will be producing this show with her. This show is based on the movie with the same name written by Alice Feeney.

Sarah with being an actress and producer, also an entrepreneur.  She co-founded Foodstirs, a start-up for food branding brand selling and making organic baking mixes and kits for families. With new shows coming with Ellen DeGeneres, Sarah Michelle Gellar’s net worth is now 20 million dollars as of 2020 with her husband having 19 million dollars net worth. No wonder this is one power couple.

Susan Rice Net Worth: Joe Biden picks her as the Domestic...

Dave Chappelle Net Worth and Is he the Richest Stand-up Comedian?