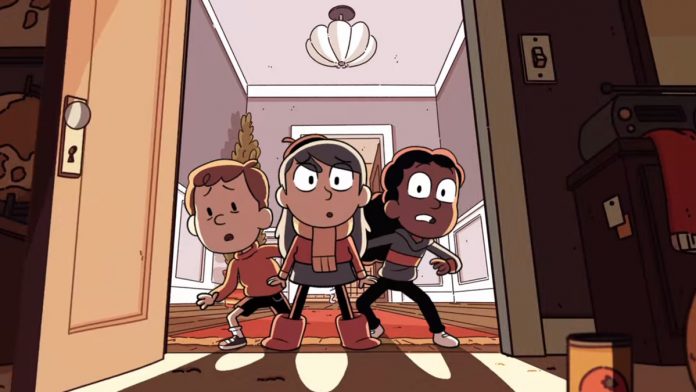 Hilda is a British-Canadian web series that is available on Netflix. The show is based on a graphic novel by Luke Pearson and has had a successful run ever since its release in 2018.

With a string of series like Rick and Morty, Hoops, and other animated shorts, Netflix has become a surprising powerhouse of shows with well-balanced themes that impart knowledge and awareness over social issues and are fun to watch.

Here’s what we know about the show so far

What is the show about?

Hilda follows the story of a blue-haired girl who hangs out with a deer fox called Twig. They travel around the city of Trolberg befriending all kinds of spirits and monsters that live around the city.

According to many critics, Hilda has been praised for its exceptional story-telling, characters, and vocal performances. Emily Ashby, a critic, gave the series four stars out of five and described it saying:

“Regardless of age, Hilda invites viewers to join in the mystery and thrill of adventure and to find the magic in the introduction of these many creatures, and some of their curious habits, in an upbeat and wonderful world“

Season 1 first dropped on Netflix in September 2018. The first two episodes of Hilda were also screened at the New York International Children’s Film Festival on Feb 25th, 2018 before the complete series was released on Netflix

Season 2: When is it coming?

According to sources, the new season will be available on Netflix in the fall of 2020. It has been confirmed officially by the creators that fans will soon be able to see Hilda in a new season.

Even though there is no release date that was announced this year, season 2 has been in the talks ever since 2018. The show has many talented people like Andy Coyle who is the director of the show while the music is composed by Grimes.