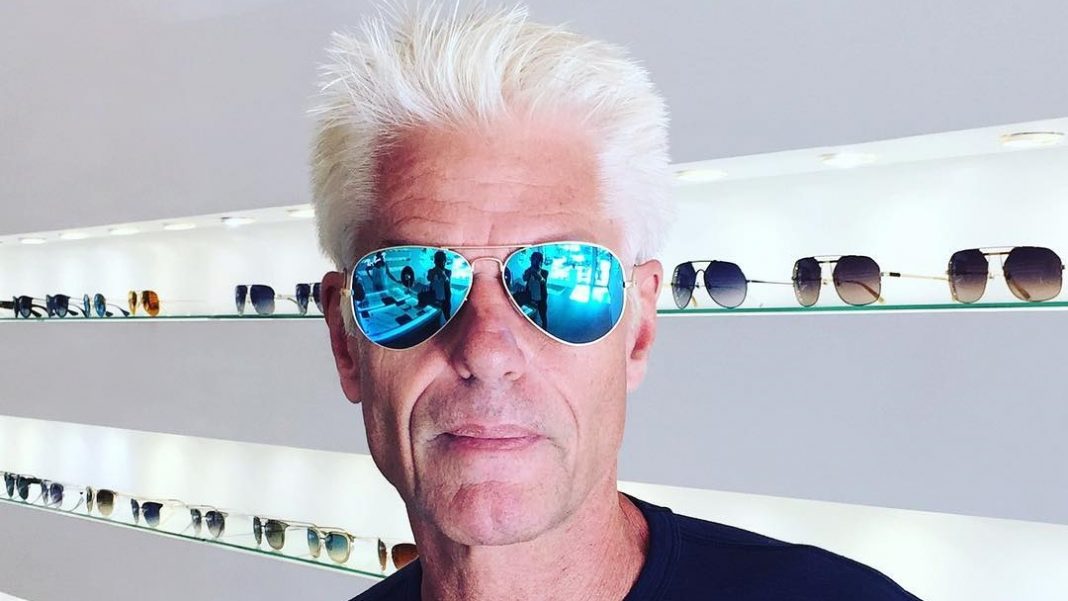 Harry Robinson Hamlin who was born October 30, 1951, is an American actor, author, and entrepreneur. Harry Hamlin is known for his roles as Perseus in the 1981 fantasy film Clash of the Titans and as Michael Kuzak in the legal drama series L.A. Law, for which he received three Golden Globe nominations.

For his recurring role on the AMC drama series Mad Men, Hamlin received a Primetime Emmy nomination for Outstanding Guest Actor in a Drama Series.

Harry Hamlin Net Worth is $10 million

Hamlin is an advocate for fusion power and was an angel investor and co-founder of TAE Technologies, formerly known as Tri Alpha Energy. TAE Technologies states that it is in the final stages of the research and development of a clean, non-radioactive fusion power generator.

Hamlin delivered a talk on Fusion at the TEDx conference in 2016 entitled, “You Don’t Have To Be A Rocket Scientist To Be A Futurist!” Hamlin was also a board member of Advanced Physics Corporation.

How the American actor and Lisa Rinna met

Harry Hamlin and Lisa Rinna have been married since 1997.

They have two daughters, Delilah Belle, who was born on June 10, 1998, and Amelia Gray who was born on June 13, 2001, who both appeared in the reality show Harry Loves Lisa with the couple. The couple also starred in the first season of Veronica Mars as Aaron and Lynn Echolls, a married couple. They also starred as a married couple in the 2001 Lifetime Movie Sex, Lies, and Obsession.

Even though the couple is very popular, many know how they met. Hamlin shared with Andy Cohen on a February 2016 episode of Watch What Happens Life and shared their meeting story.

Lisa was working in an eyeglass store in 1992, and she was closing up one night and I was having dinner with the owner of the store. She came in to give him the keys and that’s how we first actually met and talked.

The couple is considered Strange

Harry Hamlin and Lisa Rinna have been married for twenty-three years as of this March. Even though the couple is as dynamic as there could be, fans still consider them strange, and appearing on the show ‘The Real Housewives’ didn’t help a bit.

The couple was in the news many times but nothing was as major as now as Lisa Rinna started staring in the reality tv show ‘The Real Housewives’.

Because of such dramas, fans believe that there is no way that Harry Hamlin is still married to the actress anymore. And the comment of Harry Hamlin’s that said “I follow her but I don’t look at her posts,” only made fans wonder if their relationship is as genuine as it seems.

There were even rumors that Harry Hamlin was having affairs behind Lisa Rinna’s back.

” Appreciation Post to my very busy Husband who doesn’t live with us is having a lot of affairs, and is gay,”

This was what Lisa Rinna wrote alongside Hamlin’s Sexiest Man Alive (1987) PEOPLE cover as she laughed at the rumors. Even though they are both termed as total opposite some think that they have what it takes to make the marriage work.

Kyle Allen Net Worth of Washington’s Panther. Who is behind Allen’s...

Aloe Blacc Net Worth: The ‘Mushroom’ gets unmasked during “The Masked...