After launching it in Japan in September 2018 and South Korea in April 2019, Google has announced its decision to launch Google Play Points in the U.S. The feature awards it users points for special items and discounts.

By buying or downloading the featured apps and games, you can avail prizes, all you have to do is sign in on the app. You’ll also be able to put your points toward supporting a “rotating list” of nonprofits — as of now which are Doctors Without Borders USA, Save the Children, and World Food Program USA.

Google has also added interesting features to the update, for example, there are four levels to the program- Bronze, Silver, Gold, Platinum. With the more points that you collect by downloading apps, the prizes get bigger and better. There is also a weekly prize system which gives you rewards for every dollar you spend. It’s even better for the new comers, they get triple points on everything they purchase or download from the Google Play Store. 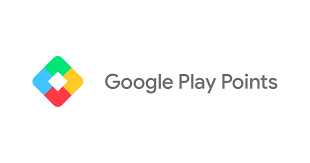 The updates and the features that Google is adding to it’s Play Store is basically a very cool strategy to beat the Apple App Store who is till now it’s greatest competitor. Google also recently introduced Google Play Pass, which bundles 350 games and apps for $4.99 per month — similar to Apple Arcade, but with standard apps in addition to games.

Google Cloud Print to be taken out of service by end...