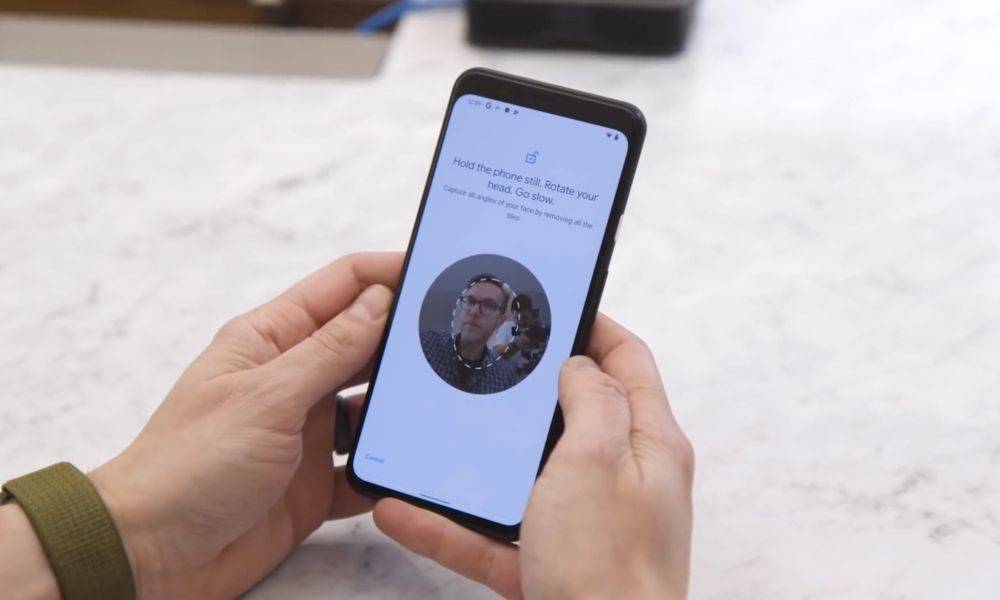 In between all the noise about the excellence of the new Google Pixel 4, some people have reported the potential loopholes in the security measures on the phone.

The Google Pixel 4 has a Face Unlock feature as opposed to a traditional fingerprint sensor, which is very much like the one in an iPhone. But, according to some reports, the phone tends to recognize the user’s face and unlock itself even if their eyes are closed.

Although Google has given an official statement saying that it would solve the problem by launching a new update, the users don’t think the update will be coming soon. Google has not mentioned a specific time as to when the update would be released but said it would be launched ‘in the coming months’. 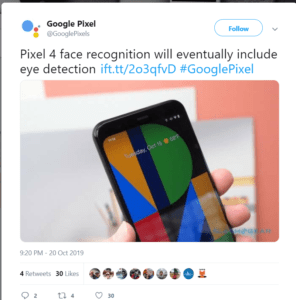 Google Pixel, on the 20th, announced its Eye Detection feature on Twitter.

The Face Unlock feature in the Google Pixel 4, as well as in an iPhone, cannot be opened with a photo or a video on a flat screen. This is because the system has an infrared projector and camera to create and read an accurate depth map of your face. Hence, it a more secure option than the regular RGB (red green blue) Cameras in earlier versions of the phone.

The only difference between the iPhone and the Google Pixel feature is that, the Face Unlock will only work if the user’s eyes are open. This is an option provided to the users which can be disabled anytime.

Although there had been rumors that the Face Unlock will requires for the eyes to be open, at its recent show, people found that there was no such necessity. The feature was absent in the sample phones presented to the people and will also be unavailable to the phones that will be shipped this week.

Google in it’s defence said “Pixel 4 face unlock meets the security requirements as a strong biometric, and can be used for payments and app authentication, including banking apps. It is resilient against invalid unlock attempts via other means, like with a mask.”

It also says that if an unauthorized person tries to unlock a user’s phone while they are sleeping, the sensor will recognize the face but since the eyes will be closed, it will ask the person to enter a pin or a pattern for the next unlock. That feature is the “lockdown” option that appears when you long-press the power button. However, the user must first activate this option beforehand.

Google will add eye detection to Pixel 4's face unlock, but the update won't be available for a few monthshttps://t.co/VudjVjvg89

Google Nest Hub tipped to launch in India next week for...