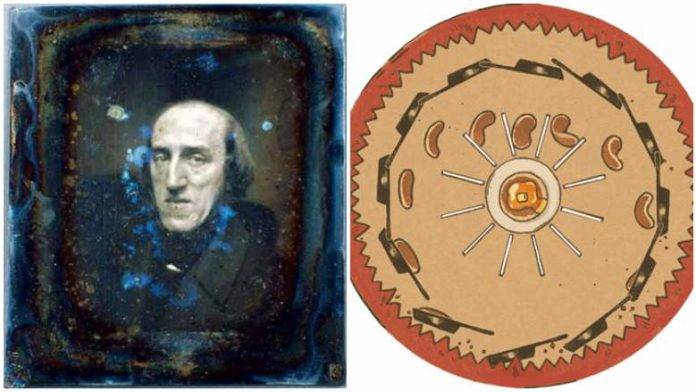 Monday, the 14th of October, marked the 218th birth anniversary of the Belgian physician and mathematician Joseph Plateau. The Google doodle had animated pancakes being tossed in pans moving in a circular motion, to represent the development of moving images.

Joseph Antoine Ferdinand Plateau was one of the first few people to demonstrate the illusion of moving images. He invented a device called the phénakistiscope which was the first form of motion media entertainment, forming the building blocks to the media we consume now.

Born in 1801 in Brussels, Joseph Plateau, was an expert in painting flowers. He had studied law, but later became one of the most famous scientists of his time. He had profound works on the subjects of physiological optics, particularly for the study on the effects of light and color on the human retina. He also explained the formation of an image on the retina of the eye and for how long it persists, its color, and intensity, in incredible detail.

His immense and in-depth study of these subjects led him to the invention of a stroboscopic device in 1832. The instrument had two discs fitted in the opposite direction. One of the discs had slits or small windows evenly spaced on it. The other one often had a sketch of a man dancing or a boy skipping on it. When both of these discs moved together at the right speed, it would create the illusion of the picture to be moving. This scientific marvel that Joseph Plateau gifted the world was why he is also known as the creator of cinema.

Later in his life, he lost his vision. However, it did not hinder his thirst for knowledge and his love for science. Google saluted the polymath for his persistent work and productivity which remained unstirred by his illness. He continued to work as a professor of experimental physics at Ghent University with the help of his son and son-in-law, who were also his colleagues.

Google doodle, yet again, with its impressive and creative approach to raise awareness and honor near-forgotten legends, continues to baffle all of its users.

Charli D’Amelio Net Worth and How She Became “Famous”