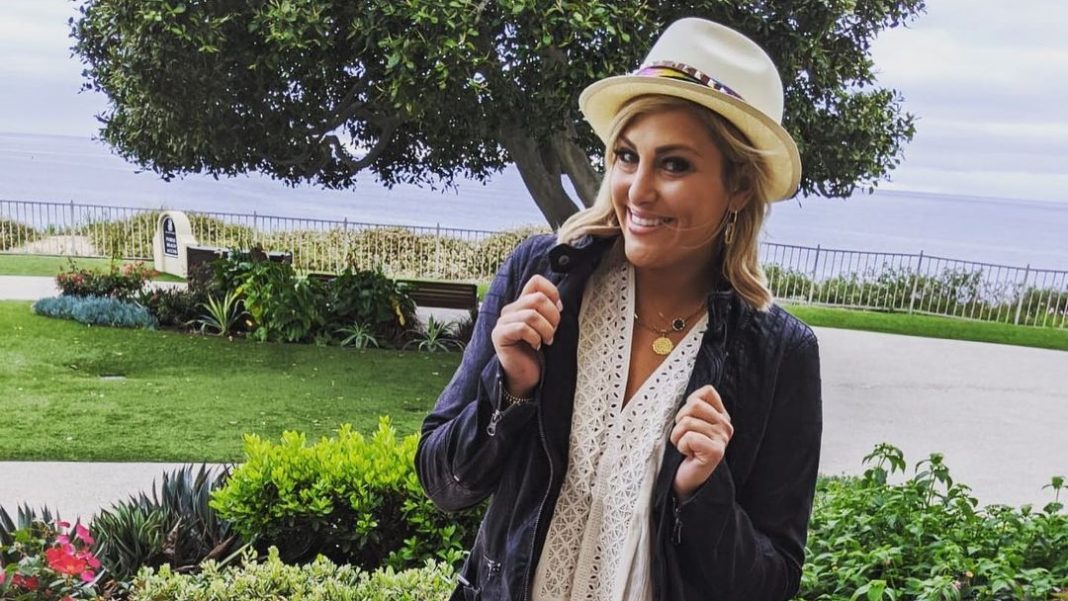 Gina Kirschenheiter was born on May 11, 1984, in Long Island, New York, USA as Gina Christine Archer. She was previously married to Matt Kirschenheiter.

According to her bio, Gina Kirschenheiter moved to Orange County three years ago with her then-husband, Matthew Kirschenheiter, and two children, Nicholas and Sienna, for Matthew’s job. He is a financial planner, per Newsday. The two have since had another child, Luca, who is now two years old.

Us Weekly reported that in April of this year, Gina filed for divorce from Matthew and cited irreconcilable differences as the reason.

Gina Kirschenheiter joined the cast in Season 13 of The Real Housewives. She is always ready to shake things up. After a difficult year, she is happier than ever as she moves into her new townhome with her boyfriend Travis and their combined six children. Tensions with the ladies arise when she hears that some of the women are criticizing her new home.

Trying her best to co-parent, Gina celebrates her daughter’s birthday and invites her ex-husband and his new girlfriend.

Meanwhile, she is faced to make a tough decision regarding her ex-husband that could change the dynamic of her family. With the coronavirus shutting down schools, Gina Kirschenheiter faces new challenges as she struggles to home-school the kids while facing criticism for not joining the ladies for a “quarantine happy hour”.

Gina Kirschenheiter’s net worth is $1 million. Orange County is one of the wealthiest areas in America and the ladies of Real Housewives Orange County have all the trappings of extreme wealth.

Also Read  Tom Green Net Worth- Is he making more money than his Ex-wife, Drew Barrymore

Prior to having kids, Gina Kirschenheiter worked as a flight attendant and an executive assistant and has a master’s degree in health administration, according to Newsday. When she had kids, she decided to be a stay at home mom.

The Real Housewives member split from her financial planner husband Matthew towards the tail end of filming. While the soon-to-be divorcees have yet to state their assets, Gina has requested financial spousal support from her husband, according to Radar Online.

According to reports, she had been paid $20,000 per episode of RHOC. Her sponsorships on social media pay her an extra $10,000 every month.

What happened between Gina Kirschenheiter and her Ex Husband, Matt

Back in 2018, Gina Kirschenheiter filed for divorce from Matt following eight years of marriage. She listed the date of marriage as May 15, 2010, and the separation date as March 3, 2018. The two share three minor children.

During the battle, the two attempted to reconcile unsuccessfully numerous times.

Matt was arrested in June 2019 after the two had a heated argument at Gina’s Kirschenheiter home, where he allegedly choked her, hit her, dragged her, threw her, and threatened to kill her.

All while their three young kids were sleeping in the home. The couple share three children, Sienna, 5, Nicholas, 7, and Luca, 4.

The current situation of the RHOC Star and Matt

Gina Kirschenheiter decided on making a victim impact statement on Wednesday’s edition of Real Housewives of Orange County about her ex-husband Matt, who she’s accused of choking her and threatening her life.

Matt, 35, has pleaded not guilty to charges of domestic violence and false imprisonment in connection with the June 22, 2019 incident, as prosecutors say he ‘willfully and unlawfully inflicted corporal injury resulting in a traumatic condition upon’ Gina.

On the show, Gina, 36, met up with her attorney Michael Fell, who told her about her option to address the court about it.

Rochelle Walensky Net worth and Is Biden’s choice to rebuild CDC.