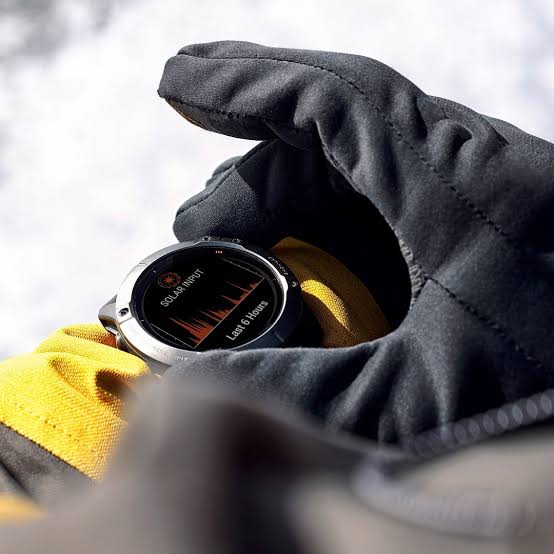 What you need to know

Garmin has updated its high-end GPS sportswatch line, announcing three new Fenix 6 devices in the US and UK.

Introducing the new generation of premium GPS smartwatches. This is the face of adventure. This is the fēnix 6 Series.https://t.co/nIhoSWyh0c pic.twitter.com/t7Tux0yQIp

The Fenix line of sportswatches is for those who want more fitness and sports-tracking capabilities than a typical smartwatch offers. In fact, Fenix sportwatches are made specifically athletes, or people who spend time a lot out time outdoors hiking, running, biking, etc. Garmin is now updating this line, with a new series that brings solar charging technology, larger displays, and more.

The Fenix 6 and the 6X are similar to the Pro Solar, only they lack the solar charging feature. The 6 comes with a 1.3-inch screen and the 6X features a 1.4-inch display. Garmin said Sapphire editions will also be available for these models. There are new nylon and silicone QuickFit band options, too, in orange, black, and grey shades.

Garmin didn’t proclaim any information regarding battery life for the Fenix 6 or 6X.

This is Garmin’s very first solar-powered outdoor watch, although it’s not completely solar powered. It comes with something called Power Glass, which is a transparent solar charging lens on top of the 1.4-inch display. The battery on its own will be able to hold a charge for roughly 21 days. By using solar power charging for about three hours a day, the battery should be able to stretch an additional three days, bringing the total to 24 days.

All of the watches, including the high-end Fenix 6X Pro Solar, share some features including built-in topographic maps, maps of over 2,000 ski resorts and 41,000 golf courses, on-device music storage of up to 2,000 songs, heart-rate monitors that work even while swimming, Garmin Pay, and plenty of other goodies you’d expect to see from a high-end smartwatch.

A really interesting feature that comes with all of the Fenix 6 watches is called Body Battery. It allows you to actually check your body’s energy levels at any given moment, which can help with planning workouts, rest time, and sleep.

The Fenix 6 watches are available right now. The base model Fenix 6 starts at $599.99. The Fenix 6X Pro Solar starts at $999.99 and goes up from there depending on chosen options and features.

BBC to launch Alexa rival that will grasp regional accents