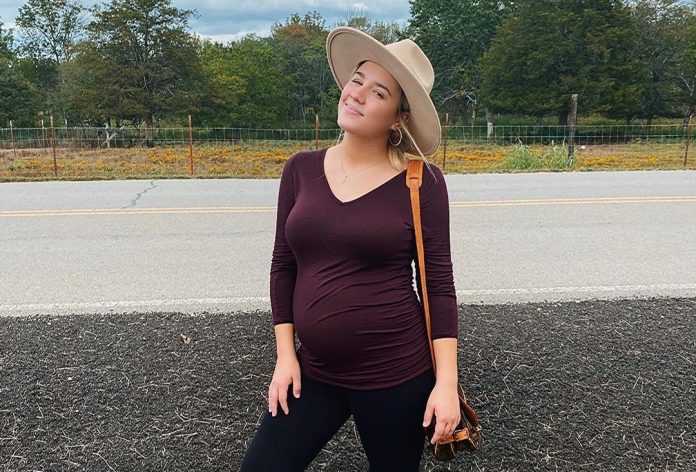 American Idol has been airing for almost two decades now. With over 18 seasons, the reality singing show has given the country some the greatest musical prodigies. But at the same time, many winners were simply forgotten.

Gabby Barrett belongs to the former. The 20-year-old singer was one of the top contestants on the sixteenth season of American Idol. Even though Gabby finished third, her debut single ‘I Hope’ laid down the foundations for what seems to be a very bright future.

The song was the first top ten Hot Country Songs debut by an unaccompanied woman since October 2017. Since then the song has become a top ten hit on the Billboard Hot 100.

Gabby Barrett Net Worth is around $300K

Gabby Barrett is still fairly new to the world of showbiz. She has only recently started making money off of her singing career. Therefore, it is a little too early to get an estimate of the singer’s net worth.

An average American Idol contestant makes $1,000 per hour or roughly $1,500 for a two-hour episode. This means that if a contestant makes it to TOP 5, then he/she can make $10,000 in performance fees over the season.

On top of that there is also thousands of dollars for earning from the American Idol Tour after the finale.

With her single ‘I Hope’ already being declared as 3x Platinum, Gabby’s net worth can be estimated to be roughly around $300K.

Her Debut Performance with Charlie Puth

A pregnant Gabby Barrett and Charlie Puth set the Country Music Association Awards stage on fire with their performance of ‘I Hope Remix’.

The 20-year-old singer hit every note and chord beautifully, and Charlie Puth complimented her singing through his soulful piano. Throughout their performance, the duo traded verses and finally blended their voices for the final chorus. It was a breathtakingly magical performance.

Though the recorded song features both Puth and Barrett, the two singers never really worked together under the same roof. The duo even recorded their parts separately and not together in the same studio.

Before their first jam session together, an excited pregnant Gabby Barrett said:

“Hopefully it goes well. I’m having a hard time breathing, being in the third trimester and the baby just crushing your diaphragm, you know, all the good things! I don’t know, but I’m really excited and I think it’s gonna come together really well.”

And though Gabby Barrett didn’t bag a win at awards, her song and performance have won hearts all over.

Watch the beautiful performance in the video below.

Gabby was born in Pennsylvania on March 5, 2000, to Blaise and Pam Barrett. She is the 3rd amongst 7 other siblings. Thanks to her father’s encouragement, she started singing in a choir and later took part in Lamb of God Christian Ministries in Homestead, Pennsylvania. She is married to a fellow American Idol contestant Cade Foehner in 2019 and both are expected to have their first child in 2021.

John Roberts Net Worth- This is how much the 13th Chief...