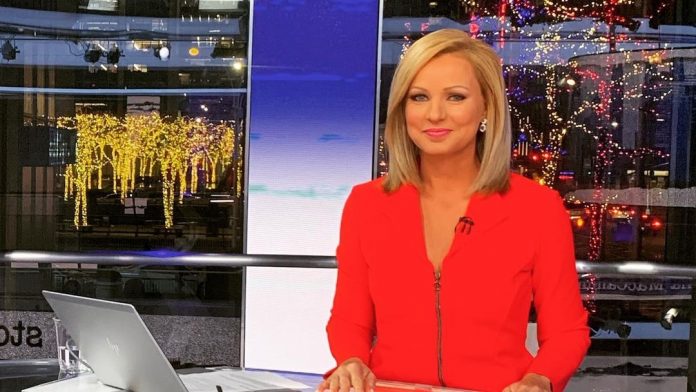 You must’ve seen Sandra Smith making on-spot coverage on U.S Equities and Derivatives market. She was the former Fox Business network’s renowned reporter, American television host, anchor. As of 2020, she is spotted co-anchoring television series America’s Newsroom on the Fox News Channel. Sandra has been one of the top-notch reporters of today’s time. She is known for gorgeously covering essential news and delivering them to keep us all updated.

Sandra Smith’s Net Worth and Salary

According to sources, Sandra Smith is estimated to have a net worth of $6 million as of 2020. Most of her earnings are through her career as a reporter, anchor, and host for various news channels, including her Fox News work.

Her salary is said to be $3million annually. Even though she had a rough start to her career, she has proved hard work and talent can lead one to the road of millions.

Even though Sandra initially started her career delivering newspapers over the years, she has proved her worth as becoming one of the top media reporters. Because of her hard work, she now enjoys a fulfilling and satisfying life, earning a fortune for her family.

The Fox news anchor had a taste of the internet when her off-camera reaction to a guest’s comments during the network broadcast went viral and became a Twitter buzz. In the viral video, we can see the anchor squinting eyes and shooting her head in response to DC-based lawyer Cleta Mitchell when he made a controversial statement that,

Sandra was innocent of the fact that cameras are focusing on her, and her microphone is on; responding to her co-anchor Trace Gallagher, she said, “What? What is happening? Trace, we’ve called it,” Trace remained silent and did not respond right away.

This video in no time went viral, and viewers are skeptical. Timothy Burke tweeted attaching the video and saying,

“Sandra Smith, off-air, reacts to her colleague Trace Gallagher indulging a nutjob who denies the outcome of the election even after Fox News had called it for Joe Biden:”

Mitchell directed the USA TODAY and tweeted about the viral clip. She said, “Sandra Smith thinks Fox News calling the election means Biden is President. Forget that pesky Constitution… happy to be considered a nut job because I believe in the rule of law,”

Sandra was born in September 1980 in Chicago, Illinois, USA. She did her graduation from Louisiana State University. After her education, she started her career by delivering newspapers and then associated with renowned news channels and created history to become the first female dual team hosting a debate.

Martha MacCallum Net Worth and her controversial views on gender pay...