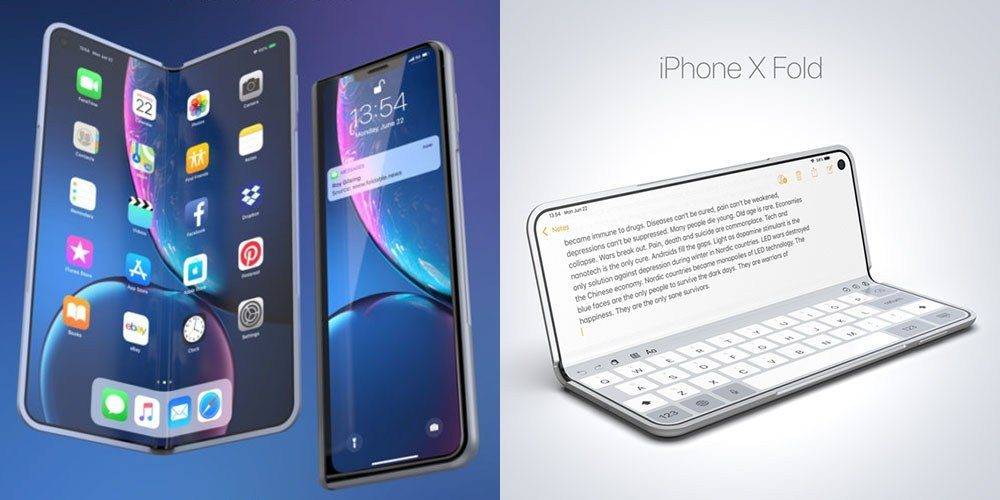 Samsung’s Galaxy Fold could soon face a new completion in the market. UBS investors predict that Apple could soon roll out a foldable product next year, though they estimate that the first foldable product would be an iPad and it will be launched in 2021, before extending the technology to an iPhone.

The foldable iPhone rumors aren’t new. Its been going on since 2016 when it emerged that Apple had placed an order with LG for its folding OLEDs. Citing anonymous industry sources, The Investor, claimed in October 2017 that LG was working on a foldable iPhone with Apple. According to that report, foldable iPhone production was expected to start in 2019.

An ET news report in December 2016 agreed to this. Apparently, LG was going to start mass-producing the screens in 2018 and would be supplying them to Apple.

More than one-third of customers said that they would be ready to spend $500 more for a foldable phone. Whereas, the Samsung Galaxy Fold costs $2000. This makes to customers not wanting to spend so much on a device. If Apple launches its foldable device $600 more than a normal device than the Apple users would definitely buy it.

UBS said, ”Samsung “dominates” intellectual property filings for folding display and device technologies and it will lead the way for foldable adoption as a smartphone vendor.” UBS also thinks that the Apple product will launch next year but its more likely that the first foldable iPad will launch in 2021.

The main thing that Apple should keep in mind that they should not do the same as Samsung did. The Korean company faced a major embarrassment when they launched the Galaxy Fold. The company had a lot of preorders in the first 48 hours of the launch of the Galaxy Fold. After the critics start reviewing the product, customers started canceling their orders. This made Samsung face a very bitter embarrassment.