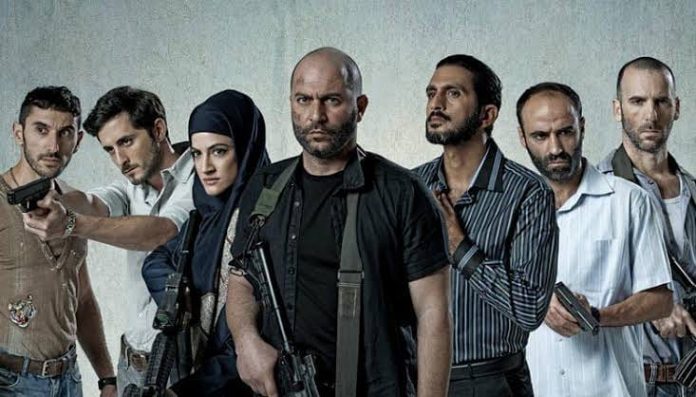 Another thriller to the Netflix chart, ‘Fauda’(meaning chaos in Arabic)  has resulted in a turmoil. It has been for a decade in the industry but still leaves the audience bonkers with each episode. The show depicts ongoing conflicts between Palestinians and Jews.

The central character as well as the creator of the series, Lior Raiz, is one main highlight we can’t overlook. Little did we know that in real life he has served in an anti-terrorist unit in IDF( Israel defence forces) making the show and his character more realistic and believable to the reel life.

It has 3 seasons in total and each episodes ends which such a drama that we can’t stop ourselves clicking ’next episode’. The plot revolves around the retired Israel agent who decides to hunt for a Palestinian fighter, and gets fixated in a spiral of massive disruptions, causing harm to his family and friends.

The writings have a lot of loopholes but can be neglected under the umbrella of a remarkable cast and realistic storyline. Ever since Netflix has bought up the show in December 2016, it has been a roller coaster ride for Raiz. After two more gut-wrenching seasons, Netflix finally released season3 for the Fauda fans out there.

Doron Kavillio is the name of the lead role played by Raiz, which is one angry man and an absolute loose cannon. Through seasons we see how he gets himself into troubles, serious troubles but at the end of the day plays the ultimate hero. But Doron’s character develops to become more formidable, he can’t stop himself to hurt his close ones. Further, season3 brings more maturity and less adrenal rush in the character which we are glad about.

Also in previous seasons ’Fauda’ has been condemned for a false depiction of Palestinian life and in the new season, we see improvement in that genre too. Seems that the writers kept a close eye to the critics and reviews. Season3 though ends with bags full of trauma and drawing conclusions for Doron, which we will leave it up to you to discover.

It has a 4.4 rating and with 100% by Rotten tomatoes, which itself says a lot about the show.

So if you’re bored to death and finding the lockdown impossible, Fauda is to the rescue .

Black Mirror Season 6: Is it worth it?

You Season 3: Release Date, Cast and More about ‘Joe and...