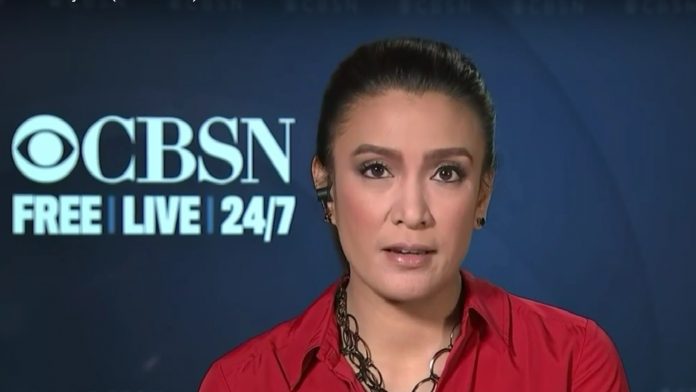 Elaine Quijano is a correspondent and news anchor at CBS news. From celebrity, Melissa Villasenor playing her on SNL to the Alfred I. DuPont Award, Elaine Quijano has been a part of it all building up to an extremely successful career.

How much is Elaine Quijano Net Worth?

Elaine Cagas Quijano was born in 1973 in Chicago, Illinois, and had both American and Filipino descent. She was raised in Skokie and Morton Grove. Her mother is from Batangas and her father is from Davao city. In an interview Elaine Cagas spoke about her mother, she said “My mom came from humble beginnings. In the Philippines, as a little girl during World War II, she lost her dad in a US airstrike against the Japanese, who had occupied a nearby village. He just didn’t come home one day. My mom was five, and as the daughter of a seamstress, and one of four young children, she wasn’t surrounded by opportunities for success. But she went to school, she grew up, and eventually graduated from college”.

Elaine Quijano completed her bachelor’s in Journalism in 1995 from the University of Illinois.

The career path of Elaine Quijano.

Elaine Quijano kickstarted her career in 1994 as an intern at WCIA-TV. In 1998 she went to become a reporter in Tampa, Florida for WFTS-TV. Elaine Quijano became a correspondent in December 2000 for CNN’s new source. During her time there she covered the 2001 September 11th attacks and the US invasion of Iraq in 2003.

In 2004 Elaine Quijano became a part of CNN as a Washington D.C based correspondent. In 2006 she became the White House correspondent and covered stories about George W. Bush and the war on terror and the financial crisis in 2008.

In 2009, Elaine Quijano left CNN to join CBS News as a general reporter. In the year 2016, she earned the title of being a moderator for the vice-presidential debate. She was the first Asian-American moderator and the youngest since 1988 and the first digital network anchor to moderate a debate.

Elaine Quijano is a very secretive person when it comes to sharing too many details about her relationships or her personal life. She prefers to stay low key. There is no information that is available about her marital status but it is rumoured that she may have a boyfriend after the Filipino-American News anchor took to Instagram to post a picture with a man and the caption read “Love in the midnight hour”.

Keyontae Johnson Net Worth and The Player is in Critical...

Colson Whitehead Net Worth and He speaks with the 60 Minutes