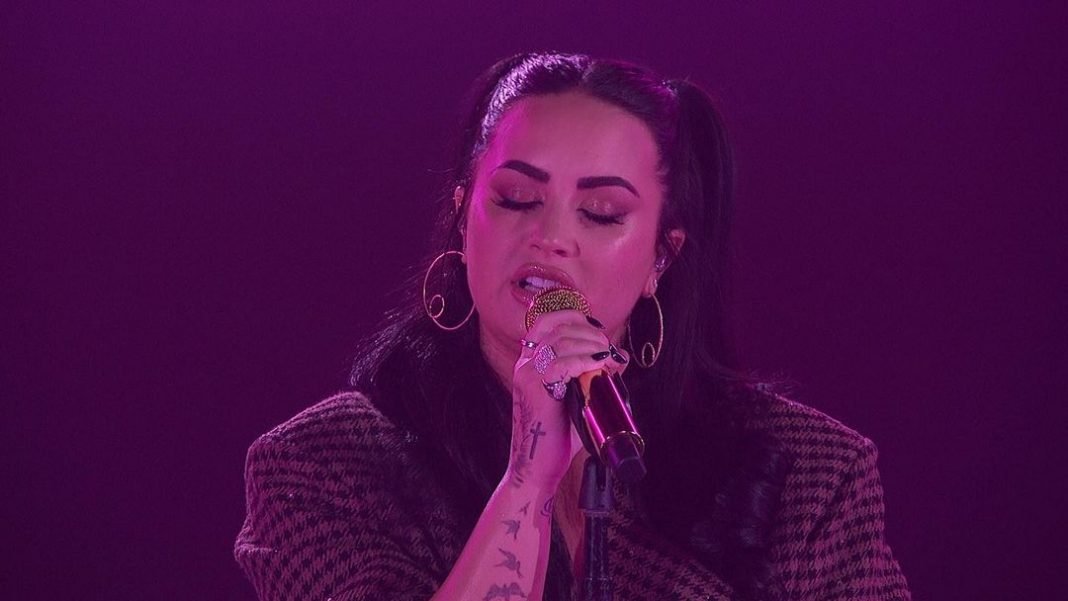 Demi Lovato is a singer, songwriter, and actress. She starred in the children’s series, “Barney & Friends” and rose to fame for her role as Mitchie Torres in Disney Channel’s “Camp Rock” and in its sequel, “Camp Rock 2: The Final Jam”.

Lovato had her share of personal challenges. She was treated for bulimia and self-abuse problems and it was found that she also suffered from bipolar disorder during her recovery. In 2018, she overdosed on drugs and re-entered a rehab center, although being sober for several years.

Lovato is truly an icon for many, breaking societal stereotypes. She found the most creative way to celebrate her stretch marks by painting them with gold glitter. In a recent post on Instagram, Lovato shared a series of pictures, writing about her recovery from an eating disorder.

What Is Demi Lovato’s Net Worth?

According to CelebrityNetWorth, Lovato has a net worth of $40 million, earning most of her income as a successful recording artist, who got her big break on Disney Channel.

At just 16, Lovato bought her family a $1.88 million house in the Toluca Lake area of Los Angeles. Two years later, she bought a family compound in Sherman Oaks for $2.25 million.

In 2016, Lovato bought a home on the Hollywood Hills for $8.3 million and later listed it in 2018 for $9.5 million. But after moving in, rainstorms had caused the home to slide down the mountain and the fire department deemed it temporarily unliveable. In 2020, Lovato sold the house for $8.25 million.

In 2020, she paid $7 million for a newly-built mansion in Studio City.

She Is A Singing And Acting Icon

She began showing interest in music and acting at an early age and debuted on Barney & Friends in 2002 as Angela. Lovato first appeared on Disney Channel’s “As the Bell Rings”. She also auditioned for “Camp Rock” and “Sonny with a Chance” and landed both roles. She later starred in the “Princess Protection Program” alongside Selena Gomez and then reprised her role as Mitchie Torres in “Camp Rock 2: The Final Jam”.

Lovato released her debut single, “This Is Me,” which ranked ninth on the US Billboard Hot 100. 2008, she signed with Hollywood Records, and her debut album, “Don’t Forget” was released in 2008 to positive reviews. Her second album “Here We Go Again” reached the top of the Billboard 200. Along with Nick Jonas and their shared manager, Phil McIntyre, Lovato co-founded the record label, Safehouse Records. In 2019, Lovato signed with a new manager, Scooter Braun.

Also Read  Adrienne Houghton Net Worth, The Lowest-paid Anchor of 'The Real' Show

More On The Singer’s Life

María Elena Salinas: Net Worth of the most admired Hispanic Journalist...

Conor McGregor Net Worth and the UFC boss reaction to Jake...

The Republican Kellyanne Conway Net Worth: Condemns the Capitol Riots and...