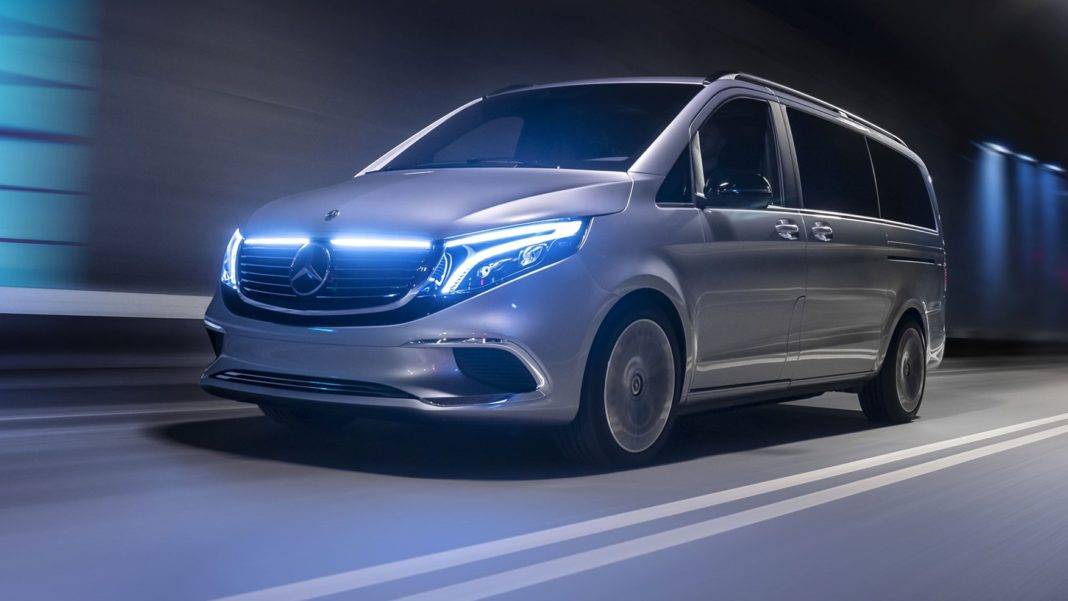 Mercedes-Benz brings up a new model of EQV

At the 2019 Geneva Motor Show, Mercedes-Benz has announced lightly about their upcoming EQV. On the last Tuesday, the company has taken the veils off to its very new model of EQ sub-brand in their production of EQV electric van.

Although the German luxury marque has confirmed online already about their release of the newcomer in the upcoming Frankfurt motor show, 2019. This EQV is loaded with all the tech expectations that we can have from such a company.

So far we got to know from the news that it is a battery-electric version of their other EQVs. And the company is planning to make it in Spain together with its fossil-fuel-sipping cousin. The design is quite familiar as the old productions. The face is something we have already come across.

Keeping pace with the EQC and SUV concepts, the EQV contains a black ‘radiator grille’ alongside a chrome strip that swipes in front of the headlights. Although the front face looks quite similar, the rear is somewhat new.

For their bright aqua accents, the five-spoke wheels are also quite identical to other EQ cars. Considering it is as beautiful as the expected people-hauling vans need to be.

Also Read  How Did Helen Reddy Die? Read To Know The Cause Of Her Death

The estimates are made on WLTP standards, which are better and liberal than EPA estimates. With its 11 kW charging socket, the company didn’t express how long it would take to get charged. But fast DC charging might fill the battery up by 80% within 45 minutes.

Comes with a familiar design

There is a driver-controlled regenerative braking system. The left paddle will make the system stronger and the right paddle will tone it up. Mercedes-Benz said that one-sided paddling is also possible.

Users who are already familiar with the Mercedes-Benz styles, they will find the architecture of the car similar to the old ones. The leather is dyed blue and rose gold petals are the basic designing theme.

A silver material surrounds the air vents and more rose gold finds its way to the seats as a contrast stitch. A 10-inch MBUX display at the center displays “Hey Mercedes” to be started with. It rouses the smart accessory that possesses more natural and conversational observations.

By standard, it is a six seated vehicle but it can be turned to seven or eight also.

We are expecting to see the new car in the upcoming motor show and it is well expected from a company like this to deliver as per the customer needs.

The new Porsche Taycan 4S electric car to be in markets...