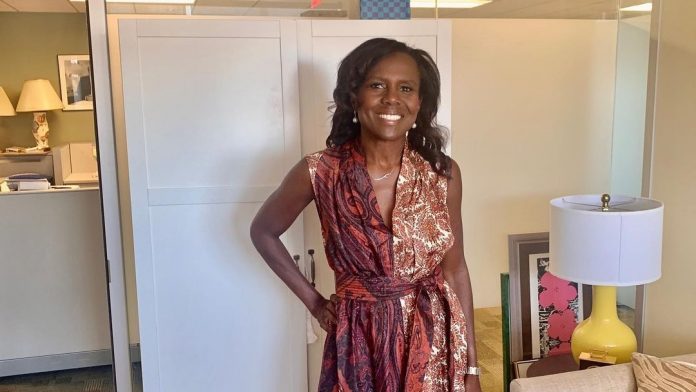 America is a country marred by apartheid and racial discrimination ever since the beginning of ages. The constant torment and injustice levied on people of color have always kept them out of the race. However, there have been several people who have battled against all this and rose to a position of power. Some of the names include the likes of Elle Duncan, Tamron Hill, Jemelle Hill, and so on. Another such personality who has battled the unjust and racist society is ABC Correspondent Deborah Roberts. Therefore, let’s take a look into the life, career, and net worth of American journalist Deborah Roberts

During her tenure as a journalist, Roberts has been a part of major networks such as NBC and ABC News. While working with NBC, she traveled to the Middle East during the gulf war. Her coverage of the Barcelona Olympics of 1992 helped her win a Sports Emmy. She later returned to ABC whereas a correspondent for Dateline NBC’s rival show, 20/20. As of 2020, Roberts’s estimated net worth is around $15M which is the result of her long-standing career as a broadcast journalist, which now spans over 40 years.

Born on 20th September 1960, Roberts is one of the top women in the field of broadcast journalism. Though Roberts comes from the small town of Perry in Georgia, Roberts never ceased to dream big. However, Roberts’ family went through the extreme family as her father, who owned a carpet installation business, could never make enough money to suffice the needs of his 9 children. But Roberts was equally determined to not let anyone get in her way. Roberts graduated from the University Of Georgia in 1982 with a bachelor’s degree in Journalism.

Following her graduation, Roberts started working at the WTVM-TV in Columbus, Georgia, and then moved to Knoxville, Tennessee for work. In 1987, she started working at WFTV-TV in Orlando which was an affiliate of ABC TV. After a while, Roberts became the bureau chief and went on to serve as the station’s field anchor at NASA. During this time, Roberts covered every major shuttle and satellite launches. Her in-depth reporting and thorough coverage of the events brought her under the public spotlight and slowly began to garner her the fame and reputation she always longed for.

Deborah and Robin Roberts both work for the same ABC network, however, due to their same last name most of the time, their fans want to know if they are sisters in real life. Well in reality there are just colleagues, but they share a great bond with each other

George Stephanopoulos Net worth- ABC News Host is Even Richer Than...

ABC’s John Quinones Net Worth and Who is His Wife?