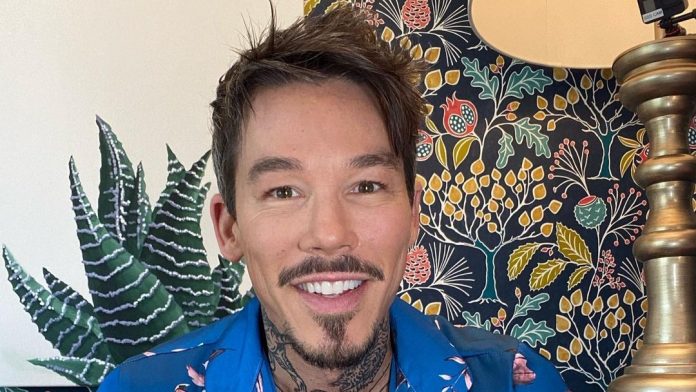 HGTV’s Design Star kicked off the careers of some of the finest designers. And like every reality show, the debut season always remains the most special one.

David Bromstad was the first-ever winner of the hit reality show. As viewers showered the show with so much love, it made Bromstad a household name. Ever since his win on the first season of HGTV’s Design Star, Bromstad has been riding high on his success. He has since hosted several shows for the network, including the latter seasons of the show, and has since established himself a television star.

David Bromstad Net Worth is around $2 Million

David Bromstad has been a designer and television personality for about 15 years now during which he has amassed a net worth of $2 Million.

Since early days of his childhood, Bromstad had found a special calling to the world of art and design. It was during his high school days that Bromstad decided to fulfil his dream and pursue a career as a Disney Animator.

And so Bromstad enrolled in Ringling College of Art and Design in Sarasota, Florida, an art school know for kick starting Disney careers. After graduating he finally accomplished his dream and got a job of a Disney Illustrator.

“Becoming a designer wasn’t what I had in mind, but it’s great! After I graduated, I moved to Orlando and worked with Disney as a kind of a private artist on contract. When Disney was having troubles after 9-11, my contract wasn’t renewed.”

For some time Bromstad worked with Disney but was later laid off. The reason for his lay off was that Disney was having some problems after 9/11. It was after his firing from Disney that Bromstad approached an interior designer friend of his and started working with him.

“So I started working with an interior design friend of mine. He didn’t like doing kids’ rooms so that became my thing. And I loved it.”

Bromstad fell in love with designing a children’s room. He designed rooms that were fun and created an engaging environment for the kids. Even though he was laid off by Disney, Bromstad source of inspiration to this day is still Disney.

“Disney was very inspiring. They are the only company in the world that knows how to create an environment and do it right.”

It was after Bromstad moved to Miami, Florida that he sent his entry for HGTV’s Design Star. After competing against nine other designers, Bromstad came out victorious and won himself his own reality show, a grand prize and a car.

Since then Bromstad has starred on the following seasons of Design Star as a mentor, judge and host. He also hosted his own HGTV show called Color Splash Miami. He currently hosts HGTV’s My Lottery Dream Home; in which he helps lottery winners find their dream real estate property.

Tiffany Haddish Net Worth; the Comedian’s Love for Her Personal Space

Bill Ritter Net Worth and his journey from Fox News to...