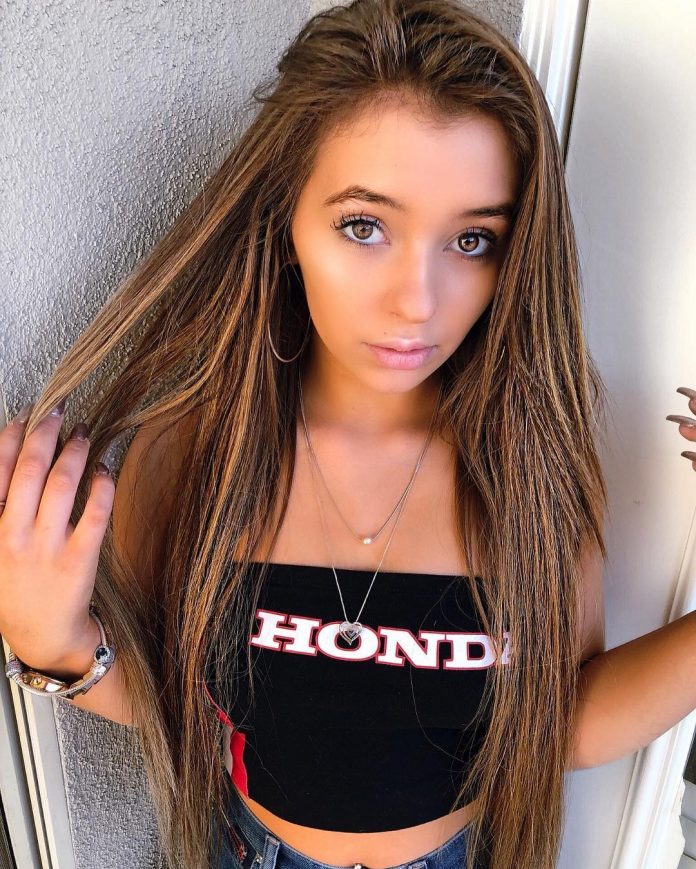 Danielle Cohn is a social media star born on 7th March 2004. She was an early adopter of TikTok, formerly known as ‘ Musically ‘. Since her childhood, she was interested in acting, dancing, and singing. She joined professional classes to gain some expertise.

Danielle Cohn was a good looking kid. Her mother Jennifer inspired Danielle to participate in beauty pageants. In 2015, she won Miss Florida Jr. pre-teen beauty pageant and was titled as the Queen. She also signed a contract with the BGMmodels agency.

This 17 years old star is good at singing and dancing. She started sharing her video on TikTok and people started noticing her. She is one of the first users to cross 10 million followers on the app. She debuted in an original music video which was launched in 2017 called “Marilyn Monroe”. She was was nominated for a Teen Choice Award in the same year. After gaining massive success on social media, her mother Jennifer became her social media manager. She also shares a close bonding with her brother Chad.

On one side her mother and brother supported in her career and on the other hand, his father was unhappy. She was just 11 when she started receiving a massive following on social media. She started behaving and wearing clothes like an adult, which her father disliked.

Danielle Cohn and her family history

Danielle didn’t like her father. When he divorced Jen, he asked her to leave the house along with her two kids.

After leaving the house, Jennifer Archambault-Cohn, mother of Danielle, raised both her kids as a single mother. She said in an interview that her family had to pass through tough times. Jen worked as a teacher and also found a second job at night as a cashier. After Danielle gained a massive following on TikTok, she started receiving endorsement deals worth $500-$1000. Jen quit her job and started working with her daughter as her social media manager.

She has more than 4 million followers on her account.

Danielle has a self-titled channel name on YouTube. She has more than 1.5 million subscribers. Some quick stats about her channel.

Danielle Cohn became an instant sensation because of her TikTok account. She likes to share lip-syncing and dance videos. She was among the few to reach 10 million subscribers in a very short amount of time.

Danielle Cohn started dating Owen Bodnar in February 2017. Owen is also a social media star and is known for creating videos on Vine. They made some lip-syncing videos, however, the relationship did not last long and they broke up after a couple of months.

In May 2017, she started dating Case Walker. Case is also a TikTok celebrity and they both have collaborated for a song called “Treat You Better”

After her break up with Case, she dated Sebastian Topete a music professional. They both dated each other for over 6 months before breaking up.

Since 2018, Danielle Cohn is started dating Mikey Tua, during the time they were together, they created a lot of controversies, which we will talk about later in the article.

After her break up with Mike, she was dating Ethan Fair. Recently Danielle posted a video stating that Ethan broke up with her over the phone and said he wanted to focus on himself.

With more than 17 million fans across TikTok, Instagram and YouTube, she is making some huge amount of money. Just from ads from YouTube, she is said to be making around $1000-$900 per day; which is roughly around $360,000 a year.

Since she has a huge following on TikTok, there are a lot of brands paying her a good amount of money for promoting them.

In 2019, Mikey Tua and Danielle Cohn uploaded a video on YouTube which caused a huge controversy. In the video, they claimed to be in Vegas and wanted to get married. People started questioning about Danielle’s age as she cannot get a marriage license since she has not turned 16. They also shared a video showing Danielle as pregnant. Later it was found that it was just a prank.

How old is Danielle Cohn

Danielle Cohn is not pregnant. The controversial video was later found out to be prank.

How tall is Danielle Cohn

Where does Danielle Cohn live

T.J. Holmes Net Worth: The CNN correspondent who does his daughter’s...

Jon Watts Net Worth: Watts Takes The Director’s Seat In The...

What is Kendall Jenner’s Net Worth Compared to Her Younger Sister...