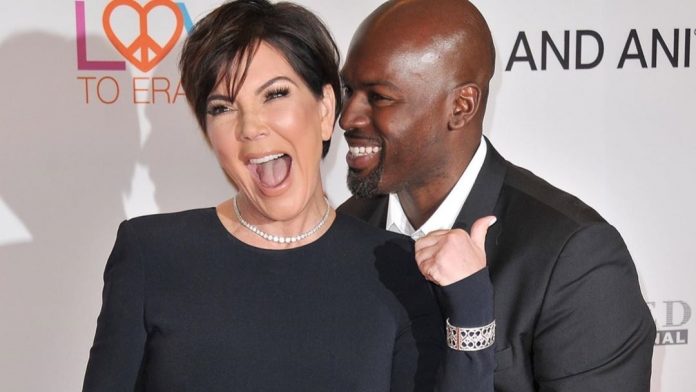 It’s a known fact that the spouses of the Kardashian-Jenner family are always a topic of conversation. Anything the family does is discussed extensively by people.

The latest beau from the family to be in news in Kris Jenner’s boyfriend Corey Gamble who recently turned 40. He recently joined the Kardashian-Jenner gang on a private island for Kim Kardashian’s birthday celebrations.

Corey has been Kris Jenner’s longtime boyfriend. They started seeing each other after Kris ended her relationship with her ex-husband Caitlyn Jenner.

Corey Gamble Net Worth is around $3 Million

Corey, like the rest of the Kardashians and Jenner’s, makes a living by just being a television personality. He also works as a talent manager. Corey Gamble’s net worth is close to $3 Million.

Corey Gamble currently works as a road manager for SB Projects, an entertainment and marketing company. The company is owned by Scooter Braun, who is pop star Justin Bieber’s manager.

Corey is most popularly known for appearing on the reality television series “Keeping Up with the Kardashians”.

The couple started dating back in 2014 after Kris spilt up with Caitlyn Jenner. Corey and Kris met at a birthday bash in Ibiza hosted by fashion designer Riccardo Tisci.

But things haven’t been all nice and warm throughout the span of their relationship. They are more like an on-off couple who have broken up several times during their 6-year long relationship. They broke up for the first time back in 2017 when she told him:

“She was getting sidetracked with this relationship and that she needed to put her family before her own needs and wants.”

He is of the same age as Kris’s daughter Kim Kardashian, meaning the couple has a 25-year-old age gap. But then again, age is just a number when two people are in love.

The 65-year-old reality TV star took to Instagram to share a heartwarming note wishing her boyfriend Corey Gamble on his birthday.

She thanked him for bearing her family and helping her as co-parent as well. She posted a series of pictures in which the couple could be seen hugging and holding hand. The caption on her Instagram post read:“Happy birthday @coreygamble!!! You are such an incredible man and I am so grateful and thankful to God for putting you in my life! Every day with you is an adventure and we definitely have the most amazing magical life. Thank you for being the best partner, friend, confidant, therapist, advisor, travel star, and dance partner. And for always being there for my kids and my grandchildren.”

‘Bravo’ Host Andy Cohen Net Worth and Career in Journalism

What Was Eddie Hassell’s Net Worth at the Time of His...

Cameron Boyce: Net Worth of the Disney Star as he passes...