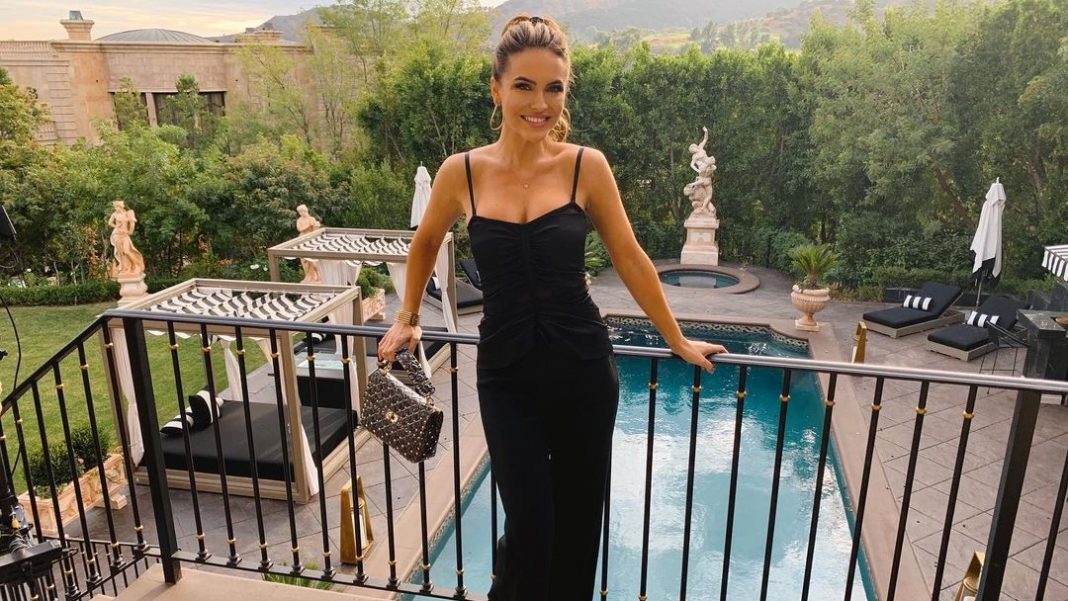 Terrina Chrishell Stause well-known for her role in the Netflix reality show ‘Selling Sunset’ is an American actress and real estate agent. Before appearing in the reality shows, she worked in the ABC soap opera “All My Children” playing the role of Amanda Dillon which also brought her some popularity. In 2013 April, it was reported that Stause was a member of the cast of NBC soap “Days of Our Lives” representing the character of Jordan Ridgeway.

She also appeared as a guest in ABC’S primetime drama “Mistresses” in 2015. Her first film in which she played the lead role was “Eve of Abduction”(2017) an action thriller. On 2 September 2020, Chrishell joined the cast of pro dancers with his partner Gleb Savchenko on the show ‘Dancing with the stars’ for the 29th season. But the pair was eliminated in the 8th week of the competition. Let’s see how much the actress is worth.

Chrishell Stause Net Worth is estimated at $5 million.

As of 2020, Stause has a net worth of $5 million. She’s also a real estate agent working for the Los-Angeles group selling mansions and luxury apartments worth millions, helping her earn a huge amount of money for increasing her net worth.

Also Read  Net Worth of Bert Belasco: The ‘Let’s Stay Together’ Star Who Died Recently

In April 2019 Chrisell and Justin(ex-husband) bought a newly-built in Encino, California worth $4.65 million.

Whom is the Selling Sunset star dating?

Chrishell is dating DWTS contestant’ Koe Motsepe. The ‘Selling Sunset ‘star posted a photo of both flirting with each other on her Instagram story and the South African dancer posted on his Instagram.

Later on, Keo shared a sweet clip of themselves sitting beside each other, captioning the video “I will always make you smile.” Other DWTS contestants also showed their support for the couples in the comment section. There were rumours about Stause is in love with his DWTS partner Savchenko before this month.

Chrishell Stause was born on 21 July 1981, in Draffenville, Kentucky, the U.S. Her mother was labour at Shell station. Unfortunately, both of her parents died of lung cancer. She completed her B.A. in theatre from Murray State University in 2003. She is usually recognized by her middle name “Chrishell” from her birth.

On 9 December 2006, she was dating an American actor Matthew Morrison but their relationship later ended in 2007. In 2014 she confirmed her relationship with Justin Hartley and later announced their engagement in 2016. They married each other on 28 October 2017. Justin filed for divorce in November 2019, the couple got separated in December 2019.

Now she is currently in a relationship with South African professional dancer Koe Mostpese.

Jimmy Butler: Net Worth of Miami Heats Player Rumored to be...

Tommy Tuberville Net Worth: Alabama’s ‘maybe’ Senator, is Half a Billion...