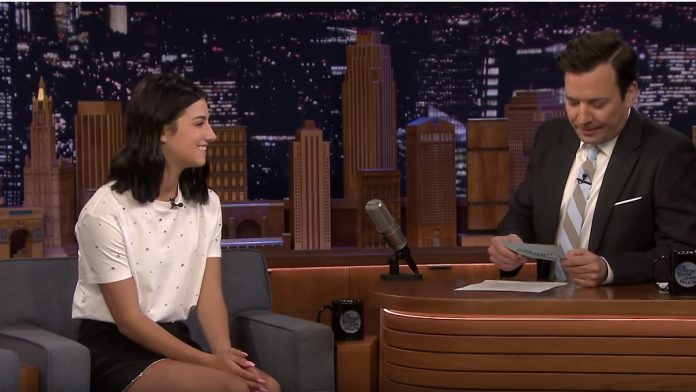 Charlie D’amelio is achieving new heights these days. A few days ago we saw her in Milan, where she was invited by Prada and now she is on a TV screen instead of a mobile app. On Tuesday she’s made her first appearance on “The Tonight Show” starring Jimmy Fallon to teach him some of the viral dance moves from the popular TikTok app.

We have often seen Charli create some amazing content with her fellow Hype House creators Addison Rae and sister Dixie, but tonight she’s is working with Jimmy Fallon.

Charli D’amelio danced her way into everybody’s hearts by showing her killer moves to the audience on “The Tonight Show” and off course, Jimmy Fallon. The 15-year-old TikTok star, who is known for her dancing skills on the TikTok App took a moment to teach all her popular dances to Jimmy Fallon, the host of “The Tonight Show”.

Talking about the likes, she said

She also told Fallon that she chooses to shoot her videos in the bathroom as that area has the best lighting.

This Connecticut teenager has also danced with Jennifer Lopez before the Super Bowl. She has over 34 Million Followers on TikTok and is christened as “reigning queen of TikTok”.

Jamie Raskin Net Worth: ‘U.S Politician’ Mourns the Loss of his...