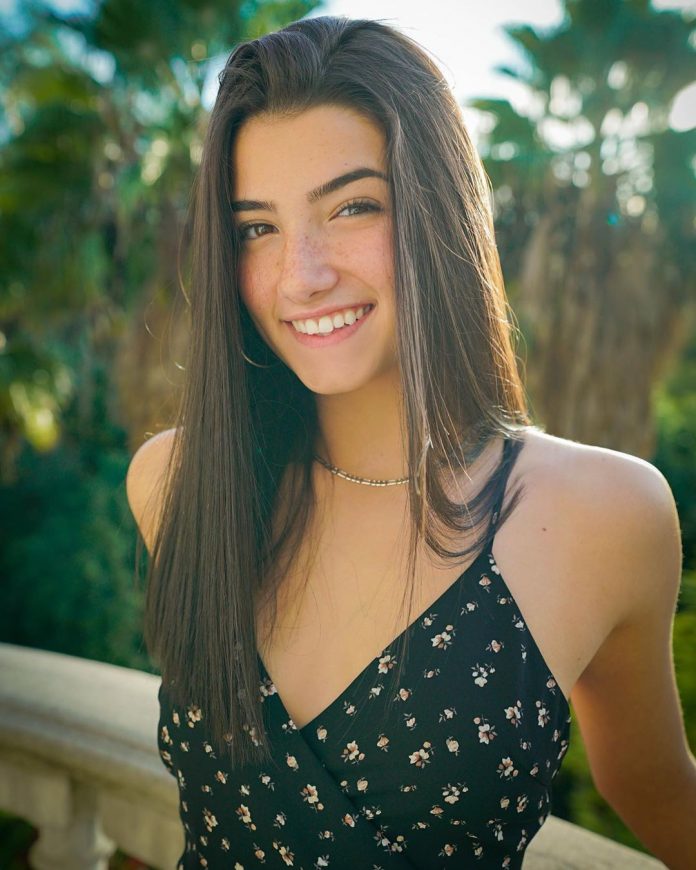 Charli D’Amelio is best recognized as a celebrity on the social media site TikTok, where she has rapidly risen to become one of the platform’s biggest stars. Charli D’Amelio is the most followed individual on TikTok as of this article. During the first few months of 2020, she outpaced Loren Gray by almost 8 million followers.

The sixteen-year-old TikTok starlet has 111 million followers on the popular social media site. Her fans enjoy checking in on her every day to see what she’s up to.

According to Celebrity Net Worth, her TikTok videos frequently get millions of views, shares, and comments, so it should come as no surprise that she has an estimated net worth of $8 million in 2022.

Charli D’Amelio shares everything from her Dunkin’ Donuts coffee addiction to her adorable choreographed dance routines.

Her earnings come from various outlets, including endorsements, apparel, YouTube market share, and promoted posts. She charges a minimum of $100,000 for a single funded post, and that figure is only going to rise as her channel expands. She was allegedly was paid $1 million for her appearance in a Sabra Hummus 2020 Super Bowl commercial.

Charli earned $3 million in 2020. That was enough to make her the world’s second-highest-paid TikTok celebrity, behind only Addison Rae, who made $5 million. Charli made $3 million from sponsorships, retail purchases, and filming offers.

She has garnered more fame than money in the social media industry. However, according to online sources, she earns approximately more than $27,000 from YouTube alone. She had held a meet and greet in November 2019 which had put her in trouble. In reaction to that, she said she did the meet and greet which had raised about $7000 and she gave away the collected money in charity. According to an online survey TikTok stars can earn up to $200,000 for one sponsored post. We are sure that Charli is making a good amount of earnings through her talents.

Why is Charli D’Amelio Famous?

Charli became popular after uploading a dancing video for the video “Lottery (Renegade)” and also for joining TikTok’s Hype House collective in LA. Renegade became so popular that it became a meme in itself. In another interview with NBC, Charli was quoted saying that her TikTok got people noticing after she uploaded a duet with fellow users “Move with Joy“.

D’ Amelio has recently signed an agreement with United Talent Agency along with her sister Dixie and her parents. She has also starred in a Sabra Hummus Commercial and is the first TikTok star to have played at the Super Bowl. There, she got a chance to dance with Jennifer Lopez.

She also started a new trend in TikTok where she was seen reacting to her own TikTok’s while a bunch of teenage guys was looking into the camera.

When she was asked about her secret to success, she was quoted saying to MEL

“I wish I could give everyone an explanation as to what happened, but I have no idea,”.

“I’m just doing what I do every day and posting it, I guess. It’s very insane to me, as it is for everyone else watching.”

She has also recently joined YouTube and has 1.71M subscribers.

There is a rumor of Charli dating a fellow young and budding TikTok star Chase Hudson. However, they have both maintained their silence regarding their love life. When Chase was asked about his relationship with Charli, he said “it’s exclusive, we’re not talking to anyone else, we like each other. We just don’t want to put a label on it yet.”

Charli’s family is proud of her and her newfound celebrity, which seems to have arisen almost overnight! According to The List, Marc and Heidi D’Amelio wanted to sell their Connecticut home and move their family to Los Angeles to follow a lifestyle centered on entertainment after learning how famous their daughter was.

According to online sources, some of the labels and sponsors with whom Charli D’Amelio has collaborated to create such a large net worth for herself include Hollister, Morphe Cosmetics, and EOS Cosmetics.
When Charli’s fans see her endorsing a brand, they are eager to get on board and buy related pieces to copy her look. She inspires a whole generation of social media users through her jewelry, makeup, clothes, songs, and other creative endeavors. D’amelio almost unbeatable at this stage!

How old is Charli D’Amelio?

As mentioned above, Charli was born on 1st May 2004 which makes her a 16-year-old dancing sensation.

Victim of a Horrific crash

Charli D’Amelio is said to have died in a traffic accident, but this is just a rumor. The TikTok star has been the victim of a malicious death hoax, and this is how it all began.

This week, social media was riddled with stories about Charli’s disappearance, leading many fans to suspect she died in a car accident.

However, Charli is not dead, and she was never involved in a traffic accident. So, why is it being said that she died?
Despite their prosperity and fame, the Charli has a slew of detractors that aren’t afraid of trolling. Not long after, they forced Dixie to erase her social media pages for a few weeks.

This time, though, Charli has become the target of bizarre social media reports after a YouTube account declared that she had died.

The death hoax began when a creepy YouTube channel called 2021 Vision predicted the TikTok star would die on March 12th, 2021 Vision, which debuted in February, forecasts which celebrities will die this year and on what day.

It is unclear who runs the site, but it has posted over 50 videos, all of which feature the names and dates of celebrities who they say will die in 2021. According to the YouTube channel, Charli was supposed to die on Friday, but everyone assumed she had died. As the date of Charli D’s alleged death, March 12th approached, a series of false news stories about her death began to circulate.

The articles were obtained from Channel 46 News, a prank platform that encourages users to build and post fake news content on social media. They said she died in a car accident, which is how the car crash rumors began. The rumors then soon circulated on social media, and a large number of people started to believe Charli was dead though she wasn’t. Stuff started becoming ugly when the death hoax spread on social media. People started leaving cruel remarks about Charli’s death on her most recent TikTok dance video. The death remarks were so heated that Charli was forced to erase the film.

How old is Charli D’Amelio

Charli was born on 1st May 2004 which makes her a 15-year-old dancing sensation.

How tall is Charli D’Amelio

Where does Charli D’Amelio live

Charli D’amelio is from Norwalk, Connecticut, she grew up with her sister Dixie D’Amelio.

John Wall Net Worth and He is Anticipated to make a...