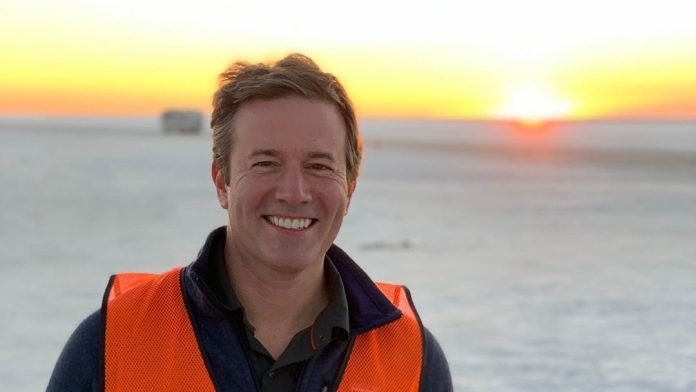 Jeff Glor is an American journalist who has long been associated with CBS. He is currently the co-host of CBS Morning.

“Jeff brings a humanity to his reporting.”

Glor previously anchored the popular, CBS Evening News. It was a widely popular show and viewers flocked mostly for Glor. This is why the news of Glor’s removal from CBS Evening News came as a shocker to his fans.

It is said that Glor’s exit came as an ‘extensive overhaul’ with the aim to establish an ‘alleged new era’ within the orthodox television network.

After his exit, Glor is now concentrating on his new role after paving the way for Norah O’Donnell on his CBS Evening News.

Glor still serves as a television correspondent for CBS where he is the co-host of CBS This Morning: Saturday along with Michelle Miller and Dana Jacobson.

Jeff Glor has a journalism career that spans over 20 years. During this time he worked for WHDH-TV in Boston from 2003 to 2007. Glor then joined CBS News in 2007.

Glor has also covered Hurricane Sandy, the 2010 Haiti earthquake, the Deepwater Horizon spill, the Iraq War, the shootings in Newtown, Connecticut, the 2008 Olympic Games, and the 2010 Winter Games, US Airways Flight 1549 landing in the Hudson, and more. In 2010 he won an Emmy Award for a CBS Sunday morning report.

Glor’s move from CBS Evening News due to a toxic workplace relationship?

Back in 2019, out of nowhere, there were reports that CBS This Morning’s anchor Gayle King wanted her long time co-host, Norah O’Donnell, out.

Gayle and Norah have spent years together as co-host of CBS This Morning during which they’ve been through a lot.

But then came rumors that Gayle and Norah’s relationship had turned toxic.

Norah was later announced the new managing editor and anchor of the CBS Evening News even though she worked with Gayle for almost seven years.

Norah’s ascension to the Evening News meant that she would be only the third woman ever to be the sole anchor of a broadcast network evening newscast.

But for Glor, it also meant that he too was out.

Reena Nina Net Worth and She will Host the Interview Show...