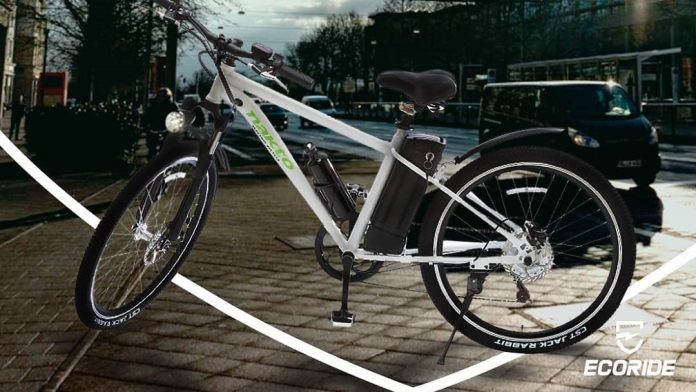 The Nakto 26” Cargo Electric bike is not really a cargo bike, at least not in the utility way that everyone’s used to. But for a cool price of $599 that includes a front basket and rear rack. How bad could it be?

The first thing that draws people towards itself is that, despite fitting into the superior budget class of e-bikes, it isn’t some supermini bike. It‘s a proper, normal-sized 26” Dutch-style electric bicycle.

Amazon even calls it a women’s bike. But really going to let the single frame member on a bike determine which gender is it actually for? These days, any bike can be anything it wants to be. It can be called a utility bike, mini-bike, moped, family-bike, it’s basically whatever-you-want-to-call-bike.

It has a basket which is made of plastic which looks exactly like a woven one. This is not one of the greatest features of this bike, but still works for a basket and hold medium weight.

The rest of the Nakto e-bike can be called as less of a disappointment. The seat is very comfortable, the headlight works, the brakes are simple but effective, the rear rack is a nice feature and nobody can even complain about the Nakto not including fenders because somehow they managed to slap those features on there and still maintain a bargain-basement price.

Oddly enough, the Nakto doesn’t offer multiple pedal-assist levels – you either have pedal-assist or you don’t.  It isn’t an off-roading bike, that is for sure. This bike works just fine as a normal, typical flatland bike.

This is a decent e-bike for light use, but not a great machine by any stretch of the imagination. This bike is the definition of mediocrity, but sometimes a mediocre bike is all anyone wants or needs.

Top 10 recommendations for Electric cars to swap your old boring...