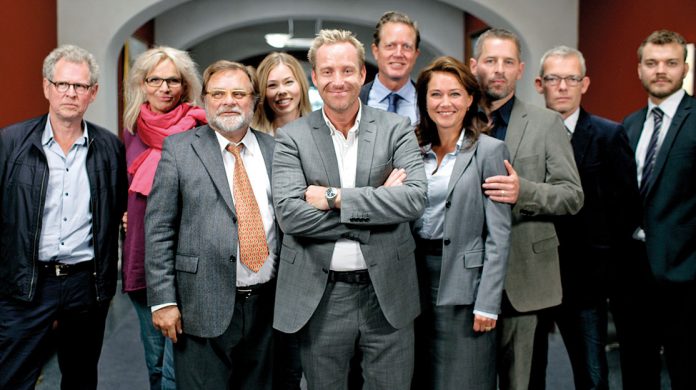 Famously described as the best of Denmark, Borgen is a critically acclaimed Danish political thriller. Netflix has now teamed up with DR (Danish public broadcaster), in order to revive the show for a fourth season.

The broadcasting company recently announced that for the first time ver all three season of Borgen will be globally available for viewers to watch with brand new content landing on Netflix in 2022.

What is Borgen Season about?

The political thriller often regarded as one of the best series in history is about a woman who rises to power to become Denmark’s prime minister and how power can corrupt anyone who is at the top.

The series is often compared to shows like HBO’s The West Wing. It is also deemed to have a similar quality to Netflix’s original political drama, House of Cards. However, the controversy surrounding Kevin Spacey was much too large and it heavily influenced the show which had a lackluster sixth season. Now, it has almost been erased from the minds of the public.

The new season of Brogen will again follow the character of Birgitte Nyborg, playing the role of a Foreign Minister. The show will also follow Katrine Fønsmark’s journey as Birgitte’s head of press for a while, and in the new season, she is back as a news director for a large nationwide television station.

Drama Director of DR broadcasting said, “Borgen is a unique Danish story about the political and personal drama that unfolds among the people in charge of leading our country. We are very excited that we in partnership with Netflix are able to bring Borgen and its characters back to life. We look forward to revisiting the universe and the characters to tell a current and highly topical story about a hot political topic with international implications.’’

Another important character, Katrine Fønsmark is played by actress Birgitte Hjort Sorensen who was lauded for her breakthrough performance and as been nominated for three Robert Awards and one Bodil Award. Fans can also see her in ‘Midsomer Murders’, ‘Vinyl’, ‘Flashback’, and ‘Greayzone’.

Actor Pilou Asbæk plays as Kasper Juul in this political drama, but he is best known for his portrayal of Euron Greyjoy in ‘Game of Thrones’. He is also famous for ‘1864′, ‘A Hijacking’ and ‘Sex, Drugs & Taxation’.

Although official dates are not yet announced, according to reports we might expect the new season to premiere in 2022 in DR before dropping onto the streaming platform internationally. However, fans can enjoy the first three seasons coming out on Netflix on September 1, 2020.

Sarah McBride: What Is the Net Worth of The Transgender State...