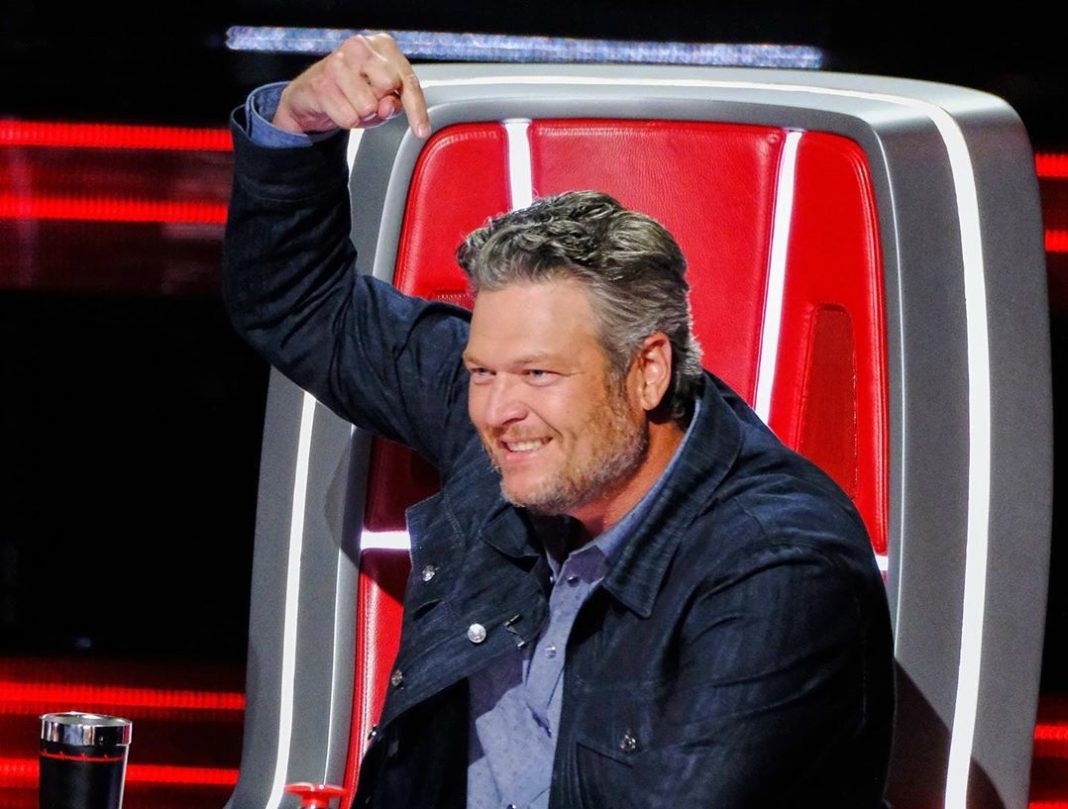 The country music star, Blake Shelton’s net worth is $80 million as of early 2020. He is an extremely successful music artist and has also done various reality TV shows, heavily contributing to his income. The star from Oklahoma also has a long list of properties and assets which add to his net worth. As successful as he is, his girlfriend Gwen Stefani who has three Grammy Awards to her name, has a net worth of $100 million as of 2020. Cutting to the chase, the star who has done 17 consecutive seasons of a reality show as successful as The Voice has a lower net worth than his girlfriend who has been a part of 4 seasons of the same show.

Although, Blake is currently 43-year-old while Gwen recently crossed the 50-year mark. There is a seven-year gap which can also be constituted as the gap between their career timelines. So, it’s not fair to compare their net worth at different ages. To be fair, let us compare their net worth at the same age. Interestingly so, when Gwen was 43-year-old her net worth was $80 million which is the net worth of Blake today when he is 43. To conclude, both of them are on the same track and rate of success. We can be positive that at 50-year-old, Blake’s net income will be $100 million or even more if he continues on the same track.

Shelton’s list of assets includes many properties, houses, cars, and even restaurants. Among these, there is a Nashville Villa which is worth $6 million, a 1200-acre ranch 30 minutes south to his hometown, one expensive multilevel abode site located on the shore of Lake Texoma. He has a luxurious fleet of cars that includes a Rolls Royce Ghost, a red pickup truck, a black GMC Denali, and a silver Escalade.

How did Blake Shelton kickstart his career?

The singer became widely popular after he starred as a coach in the Voice. He makes $13 million per season of The Voice. Other television singing competitions that he has been a part of include Nashville Stars and Clash of the Choirs. He is an underwear model, endorses Pepsi, and has a successful partnership with Pizza Hut. Through this, he has launched a new line of BBQ pizzas.

Aside from these, the singer makes a lot of money from his music career. His first album, Austin (2001) was number 1 for five weeks on the Billboard Hot Country Song Chart. The album is now Platinum-certified. The Dreamer (2003) and Blake Shelton’s Barn and Grill (2004) which are the songwriter’s second and third albums respectively are also gold and platinum-certified respectively. Shelton has charted 26 singles that were number 1, and out of these, 17 were consecutively there.

He also owns a franchise of entertainment complexes and restaurants by the name of “Ole Red”. The name is based on one of the most popular songs from his debut album called “Ol’ Red”.

The 8-time Grammy nominee has various awards and nominations of prestigious awards to his name. From Country Music Association Awards to People’s Choice Awards to Billboard Music Awards, he has got it all.

Now you know where all those millions come from. Speaking of millions, Shelton’s girlfriend and millionaire Gwen Stefani has got more.

The pop star started her music career with the band ‘No Doubt’. She was the lead vocalist and co-founder of the band that created popular albums like Tragic Kingdom, It’s My Life and Hey Baby. These albums were also the ones that popularised the band. The singer took on her solo career in 2004 with Love. Angel. Music. Baby which was critical as well as commercial success as it was inspired by the 1980s pop culture.

As Rolling Stones called her, the singer who is “the only true female rock star left on radio or MTV”, has won 3 Grammy awards among various other prestigious awards.

She has been the face of various brands. She also runs her own fashion line called L.A.M.B. She has also produced a number of projects. Her businesses, concerts, albums, endorsements, shows, etc have helped her become the queen she is today with millions of dollars to spare.

Both the singers live luxurious lives, the life most of the world can only dream of. Gwen and Blake have been together since 2015 after they both had recently broken up. They also competed against each other in The Voice during this time. It has been 4 years into their relationship and they are seemingly going strong. There are rumors that the couple may tie the knot in the near future. Well, we could certainly use some good news in these testing times of a global pandemic.

Who is Blake Shelton dating?

How tall is Blake Shelton?

Does Blake Shelton have kids?

Gwen Stefani is the mother to three boys, but Blake Shelton does not have any kids of his own.

How old is Gwen Stefani and Blake Shelton?

Net Worth of Maria Sakkari: Under Quarantine amidst other Australian Open...

CBS Anchor Jeff Glor Net Worth and What is His Annual...