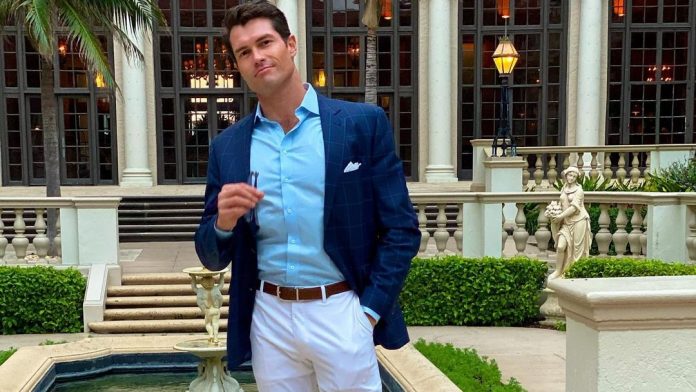 The sixteenth season of ‘The Bachelorette’ is underway. And what a season it has been so far. The hit ABC reality show’s Season 16 was loaded with a bundle of surprises. It is an amazing thing to pull off for a reality television show which is in its 16th year.

The latest obsession of The Bachelorette viewers is contestant Bennett Jordan, for whom according to his bio, “it’s always been women pursuing him.”

Audience of the show just can seem to get enough of Jordan, the Harvard graduate who made a grand entry as he stepped out of a Rolls Royce on his first night.

This season of The Bachelorette saw everything from the exit of the season lead Clare Crowley to the producers going on the hunt for a new lead and eventually settling on Tayshia Adams.

Bennet’s composure and laid back attitude has given the audience a much needed breather from what has so far been an extremely dramatic season.

Bennett Jordan Net Worth is not disclosed yet

Bennet Jordan is a Harvard graduate from New York. He works as a Managing Director at a Wealth and Asset Management firm in New York City.

Though all of the Bachelorette nation is dying to know how much money Bennett Jordan makes, there is no information about his financials as of yet.

Why are viewers obsessed with Bennett Jordan?

Bennett who before coming to Bachelorette had only 2000 followers on Instagram but ever since the premiere, he has gained over 63,000 followers.

Though when Bennett initially debuted on the show, most viewers rolled their eyes over for his habit of bragging about his Harvard degree.

But soon the viewers found a keen liking to Bennett mostly for his suave, but also for a lot of other things. A lot of is owed to him not indulging in creating drama and being self-aware and minding his own business.

Since Bennett has really gotten that much of screen time yet, therefore one can’t be sure if he’s a pretentious Casanova or actually an underdog that the audience can root for.

But a lot of credit for Bennett Jordan’s popularity is owed to his dressing style and skin care obsession. Nonetheless, he has been a much needed relief form a season where the drama just didn’t seem to end.

It started when the original season lead Clare Crowley found her man of dreams in Dale Moss and left the show just after four episodes. After which the show runners had to bring in Tayshia Adams as the new lead for the show.

Whether Tayshia will fall for Bennett or not, only time will tell. But the views already seem to be loving the Harvard graduate.

Irwin Rivera Net Worth; the UFC Fighter Jailed for Attempting...

A look at Ray Dalio’s Net Worth as his Son was...