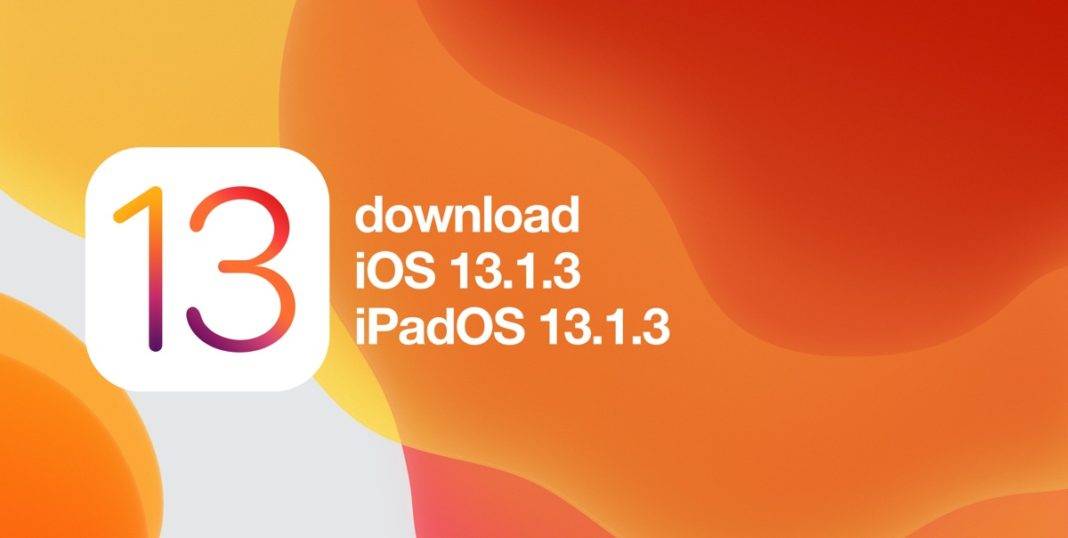 Apple always has something up its sleeves to hype us up. This time its the new iOS 13.1.3. 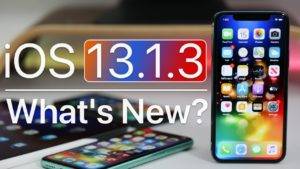 This confused the users a lot and expressed their perplexity on twitter:

This chaos happened as the aftermath of the release of the first iOS 13.1. Many users called in to complain about several problems. Some claimed that their iPhones failed to ring or vibrate when receiving a call, others said that the Bluetooth would stop working when inside a particular vehicle. There also complains from the international market, with people reporting about the faulty date and time setting. Other issues soon propped up like some with the Apple Watch or the Voice Memo. 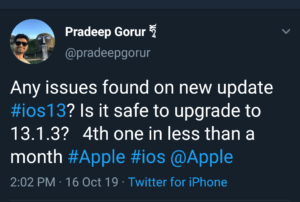 To fix all of these problems, Apple finally came up with its ultimate solution, the iOS 13.1. It includes bug fixes and improvements for your iPhone. It has the following updates:

And many more problems.

Now, Apple is quite sure about this version is the supreme one. It has proudly put forward all the facilities and features the new version has on its website. You can find it on https://www.apple.com/in/ios/ios-13/features/. The features loved by the users the most are the Dark Mode feature and the Photo and Camera App. The Dark Mode especially got the most attention among the youth because of the meme trend about it. 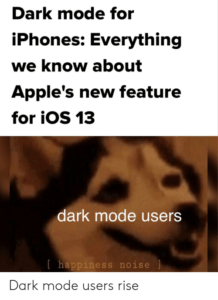 We hope this version is the last for some time and Apple does well on it to provide its users.