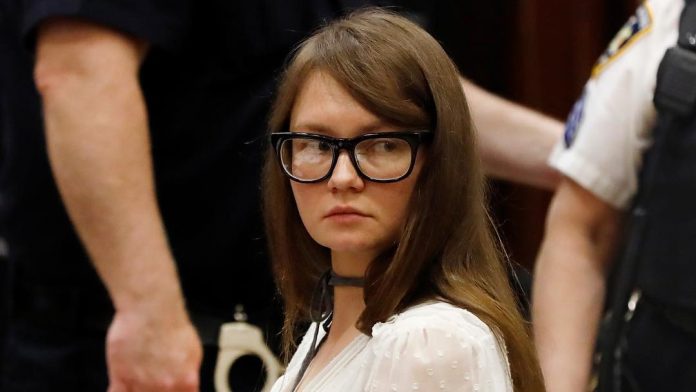 What makes a criminal? More importantly, what does it take to con all of your friends and the people you know? And is it all really worth it?

This is what Anna Sorokin, who posed as a German heiress, had to say at her trial. She pretended to have a multi-million dollar trust fund. The Russian-born fraudster went by the name Anna Delvey and swindled her friends, banks, and hotels.

The Legend of the Glamours Swindler

Sorokin took up her fictitious identity of Anna Delvey when she moved to New York City back in 2013. She scammed the upper society of Manhattan for a total sum of $275,000.

The jury found her guilty on charges of grand larceny, theft of services, and larceny in the second degree for defrauding. The jury believed that Sorokin pretended to be a German heiress to satisfy her desire for a glamorous lifestyle.

Though Sorokin justifies her actions as naive mistakes of a young woman trying to make it big in a man’s world.

Sorokin doesn’t seem to have any regrets about her actions. When asked if she feels guilty or regrets scamming the numerous people and institutions. She said, “I’d be lying to you and to everyone else and to myself if I said I was sorry for anything”.

Sorokin was sentenced to spend between 4 to 12 years in prison for her crimes, whilst also being ordered to pay her victims $198,956.19 in restitution.

She also added that she did for the power game and not for money.

“I was power hungry. I’m not a good person.”

From Real Life to Reel Life

A real-life story filled with glamour, scams, and New York elites was bound to be adapted into a movie or television series sooner or later.

One of the biggest streaming giants, Netflix announced a series based on the life of a 28-year-old scammer. The Ozark fame actress Julia Garner was roped in to play the titular role of Sorokin.

The Netflix show is titled ‘Inventing Anna’ and is being helmed by Grey’s Anatomy’s Shonda Rhimes.

Sorokin even managed to broker a deal with Netflix for the rights to adapt her life into a Netflix show for a total of $100,000. When news of this broke out, there was an outcry and eventually, Netflix had to agree to pay Sorokin’s victims.

She is currently serving her sentence in New York’s Albion Correctional Facility but is expected to make parole soon.

“I don’t think I’ll ever do anything like that”, says Jack...