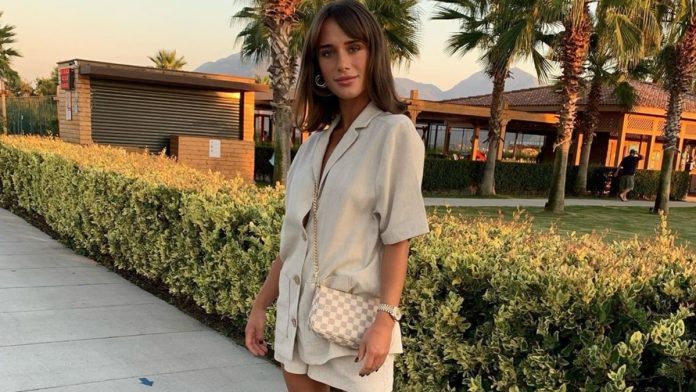 Amy Matthews, the host of home improvement shows like Renovation Raiders, Sweat Equity and Bathroom Renovations, is a licensed general contractor from Minnesota.

Matthews has an immense passion for innovations in architectural designs. Her passion for home renovations is not just limited to getting clients and earning money.

She also actively tries to educate people and spreads knowledge about housing in order to try and change people’s perceptions about it.

What is the Net Worth of the Real Estate Queen of Minnesota, Amy Matthews?

Matthews continues to inspire people to improve their housing conditions through her shows on HGTV and DIY Network.

She believes that a house is one of the most important investments that a person makes in his/her life. That’s where she comes in to help people get the best out of their investments.

Though Matthews pays extra attention to keeping the details of her income and assets hidden from the general public eyes, it is estimated that her net worth is somewhat around $1 Million.

Matthews who is also an actor, a trained opera singer and a musician. After years of doing TV commercials, films, operas, cruise ship entertainment, and plays, Matthews finally landed her first audition for Reality TV. The show was Bathroom Renovations. Matthews felt something different about this audition.

“Is this job part of the bigger plan…?”

She believes that everything she had done in life, all the decisions she had made, all of it had been leading up to this very audition.

For instance, she got her first hands-on experience with renovation when she was only 14. Young Matthews travelled with her church youth group to repair homes for families that were in need. And for the next few years, she tackled similar fix-it-up projects through various similar organizations.

“In high school, I dove into acting.”

Then in high school Matthews joined the Drama department. She spent most of her time in the theatre.

Matthews’s Next Venture: And Now She Rises

About more than two years ago Matthews co-founded a non-profit called ‘And Now She Rises’. ANSR is a non-profit dedicated to helping survivors of abuse. Matthews cofounded the non-profit organisation with Nina Orezolli.

Through ANSR Matthews hopes to reach out and help similar women who are victims of abuse.

Amy was born in Minnesota on May 19, 1973. She is married to Aaron Doering, American educator, explorer and a public speaker.

Anderson Cooper’s Net Worth- A Journey from ‘American Morning’ to ‘Anderson...

Eugene Scott: Net Worth and Salary of the Washington Post’s Political...