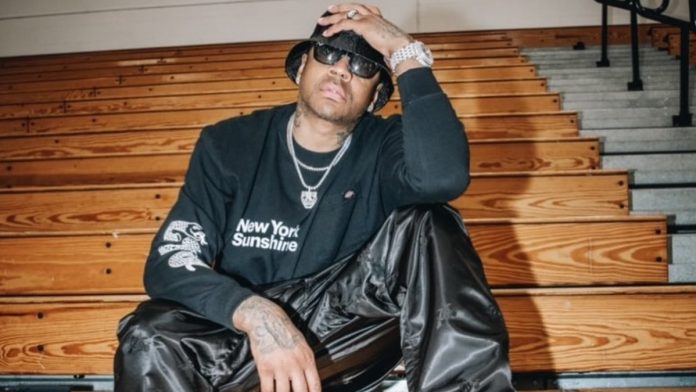 Allen Iverson is a multi-award winning ex-basketball player and present coach of 3’s Company in the BIG3.

Allen Ezail Iverson, nicknamed ‘The Answer’ or the ‘AI’, a former professional basketball player from Hampton, Virginia. Iverson played for 14 seasons in the NBA at both the shooting guard and point guard positions.

As he served a sentence in a correctional facility for the bowling riots case in 1993, he finished his high school education at Richard Milburn High School, a school for at-risk students.

Regardless of his extravagant and controversial lifestyle, Allen sure did make a mark in the basketball sporting world.

As of 2020, Allen currently has an estimated net worth of $1 million. After studying at Georgetown University, they selected him as the number one pick of the Philadelphia 76ers in the 1996 NBA Draft.

It has been reported that Allen Iverson was broke. A judge ordered the former NBA MVP to pay more than $850,000 to a jewellery store for goods received. However, reporter Peter Vecsey detailed how Iverson’s finances are under control because someone in Iverson’s inner circle was a true friend.

As per Action Network’s business analyst Darren Rovell, Iverson will have access to the $32 million Allen Iverson Reebok Trust Fund when he turns 55 in 2030.

According to Bloomberg, Iverson has an account worth $32 million, a principal he is prohibited from touching until 55. In the meantime, it feeds him $1 million annually.

In 2001, Iverson signed a deal with Reebok that would pay him $800,000 a year throughout his lifetime. The deal was revealed after his ex-wife filed for divorce. She will now receive half of the trust when it matures.

Last year, the CEO of Reebok International Ltd Matt O’Toole stated that they think Iverson is an iconic basketball personality and continues to remain relevant for many of their customers, making him worth the money they are paying him.

Throughout his tumultuous superstar career, The Answer made roughly $154.8 million in NBA salaries, as per Spotrac.

Majority of his money came from his time with the Philadelphia 76ers, where he made a little less than $98 million. Iverson’s first major payday came in the form of a six-year, $70.9 million deal that he signed prior to the 1999-00 NBA season.

How did Allen go down from $200 million to a Net Worth of just $1 Million?

Though the player earned over $200 million from salary and endorsements in the NBA, overspending and a divorce impacted his finances which resulted in the financial troubles and legal troubles.

Allen Iverson is a prime example of a player who didn’t take care of his money. Nonetheless, The Answer seems to be in a better spot nowadays than he was in the earlier part of the previous decade. Hopefully, he doesn’t get back down the rabbit hole once again.

Sophia Loren Net Worth and her role in the latest Netflix...

María Elena Salinas: Net Worth of the most admired Hispanic Journalist...