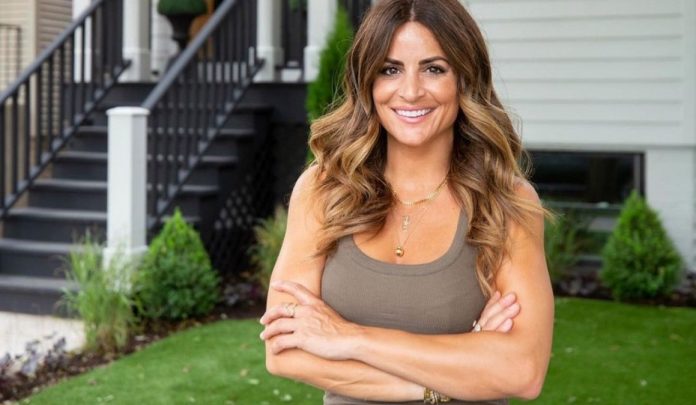 Alison Victoria rose to fame as a television personality through “Kitchen Crashers” which aired up until 2016. Alison was the first female host for Kitchen Crashers. She started off her designing career by working as a designer at ‘Christopher Holmes’.

While at Christopher Holmes, Victoria created some mesmerizing interior decor for the rich and elites of Vegas. Yet the 39-year-old interior designer and television personality have had her fair share of lawsuits and controversies in recent times.

The Merger of an Interior Designer and a Television Personality.

After working at Christopher Holmes, in 2001 she launched her own consulting firm “Alison Victoria Interiors”. Victoria also has her own line of modern luxury furniture.

With a television career that spans for over a decade, including shows like Hotel Impossible, DIY Insider, Rock the Block and many more. Victoria’s most popular television outings were for Kitchen Crashers and more recently Wind City Rehabs.

Her most recent show, Wind City Rehabs saw Victoria living her dream of flipping houses in her hometown of Chicago. The show follows Victoria using her business skills, knowledge of the local market of Chicago, but most importantly her desire to create luxurious designs and reviving homes.

“Ultimately, all that my goal is and all my goal has ever been is to be able to really do what I want and do what I love”

Alison Victoria Net Worth is around $3 Million

As of 2020, Alison Victoria’s Net Worth can have estimated to be somewhat around $3 Million. Though there’s most likely to be a change in that due to the recent controversies.

The Legal Backlash and Financial Misery.

It all started when a couple from Chicago sued Victoria after buying an allegedly problematic Lincoln Square home that was featured on Windy City Rehab. James and Anna Morrissey initially filed a lawsuit against Victoria alleging that their $1.36 million home has been plagued by leaks and shoddy work.

The road of the TV real estate queen keeps getting rough According to People Magazine Victoria is now selling her Chicago home for $2,295,000. But Victoria claims that it was her business partner Donovan Eckhardt who was responsible for mishandling the finances.

Therefore, her Net Worth is expected to come down after the wind of controversies clears.

Alison Victoria Gramenos, more popularly known as Alison Victoria, was born on 31st October 1981. She moved to Chicago in 1999 and graduated from the University of Nevada. She was the youngest designer at the Christopher Homes In Las Vegas.

Victoria’s career skyrocketed when she became a part of Crashers in the year 2011. She was the one who founded Kitchen Crashers. She also went on to become the Crashers franchise’s first female host. She then went on to host various shows like Windy City Rehab and Flipping Across America in June 2020.

Victoria is expected to come along with Ty Pennington, host of Trading Spaces and Extreme Makeover in a new HGTV show that is expected to release in 2021.

Alison is married to Luke Harding since 2013. Luke is an insurance agent based in Chicago. Not much is known about the couple, however, it is said that Luke and Alison met on a dating website and got hitched in 2013.

Craig Melvin Net Worth and His Brother Lawrence dies from Colon...

What is Maurkice Pouncey’s Net Worth After Retiring from NFL...

Demi Lovato Net Worth and She Shows Off Her Glitter-Painted Stretch...