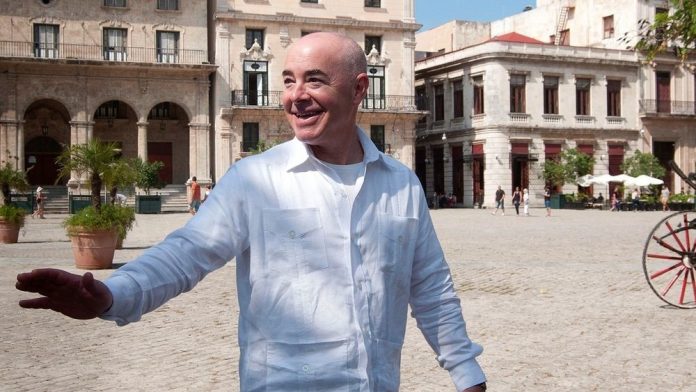 Alejandro Mayorkas is a well-known American lawyer and an active member of the Democratic political party of the United States. He originally belongs from Cuba and has served under former President Barak Obama’s administration from 2013 to 2016. The newly elected President Joe Biden has some huge plans for Alejandro, and he plans to nominate him to run the homeland security. If this shape into reality, Alejandro would become the first Latino to hold the post.

How much is Alejandro Mayorkas Net Worth?

His financial records are kept confidential from the public. His actual net worth and salary as of 2020 are undisclosed and under review.

Over the years, Alejandro has become one of the known faces of politics. Even at the age of 61, he has been a very dedicated democratic servant and works hard earning the position he enjoys today. It is pretty obvious to expect him to have a fulfilling and impressive net worth looking through the book of his exemplary work.

Ray of hope for immigrants

While president Joe Biden is working towards building his perfect team he is a worthy nomination candidate for a different post. Recently Biden announced that Alejandro was selected by the White House to run the homeland security. If so, Alejandro will become the first Latino the first immigrant, and the first Hispanic American to hold the post. It is indeed a proud moment for all the immigrants.

According to a statement issued on Monday, executive director of the American Immigration Lawyers Association, Benjamin Johnson said

“This nomination is not only smart, it is historic,” he continued speaking in favor of Alejandro

“He will not only bring critical leadership but a set of life experiences that will animate the department’s work ahead.“

Alejandro fits perfectly for the position looking at his background and a better understanding of immigrant matters all thanks to his prior experience under Obama’s administration. He has played a key role in founding DACA which stands for Deferred Action for Childhood Arrivals. This program protects the rights of immigrants who were raised in the U.S. from deportation.

It is rightful to say that Alejandro’s nomination has planted a ray of hope among many immigrants as they yearn for a better future.

“We look forward to the immediate expansion of the DACA program and the dismantling of the detention and deportation machine that was created under Obama and expanded by Trump.” Erika Andiola, chief advocacy officer for RAICES, a nonprofit that provides legal services to low-income immigrants, said in a statement. She added, “Leading this department will be no easy task, but we hope that as the first Latino and someone who has advocated for immigrant rights, he will change the direction of DHS once and for all,”

Larry Elder Net Worth: Why Does he Believe That the Media...

Marsha Blackburn Net Worth and Her Twitter Battle with a Chinese...