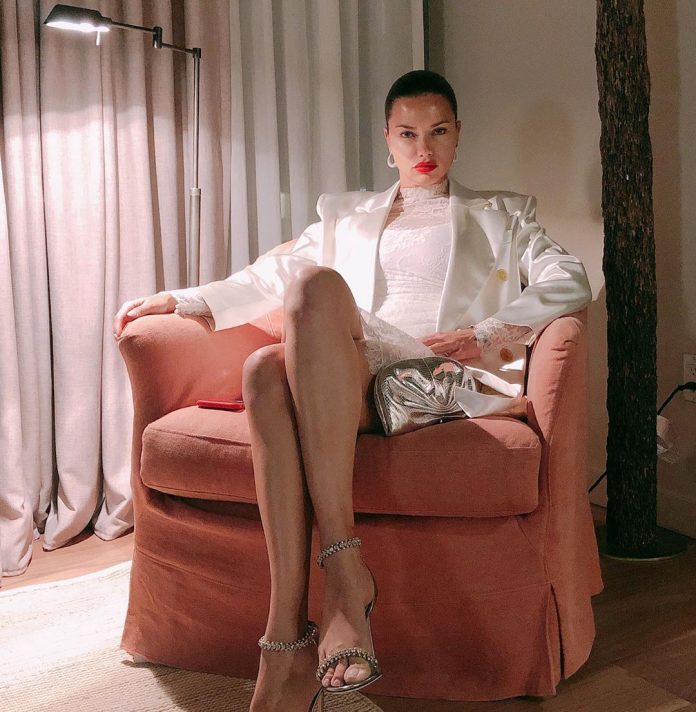 Adriana Lima was interviewed by Hollywood life, where she spilled some beans on her new sunglass collection with Prive Revaux collaboration. “My inspiration was from watching this movie called Atomic Blonde, starring Charlize Theron and that was the main inspiration of the style for the glasses” – revealed model Adriana Lima.

She stated, “I was in Miami 3 years ago, walking down and went to their mall, I saw their glasses, and I was like they look so cool, so expensive and so modern, and I am gonna check it out”.

After trying the glasses, she realized that they were not pricey at all and were actually quite affordable.

Adriana was then introduced to the owner of the brand and then eventually decided to collaborate with the owners. She also revealed how her daughters were involved in designing the sunglasses for the brand.

She went on to show the Valentina collection which was named after her daughter. Along with it, she also explained how anti-blue light glasses collection helps in sleeping and using e-gadgets without harming one’s eyes.

Adriana Lima said “I never would have thought as a mature woman, I could still be in the business,”

Adriana Lima about her future plans

When asked about her future plans, she revealed “I plan on possibly having a lingerie line coming up. It’s on the works, nothing’s done yet, but that’s something I would like to do, and possibly skin care as well.

She went on to discuss her health care routine and her new interest in Lagree and Yoga, ways to beat the winter blues and spring 2020 trends.

A brief on Adriana Lima’s career

Adriana has collaborated with plenty of companies like Puma, Maybelline, other lingerie collections back in her modeling days. She started her career as a model in September 1998 and went on to be a successful supermodel. She worked for big fashion magazines like Vogue, Harper’s Bazaar, ELLE, Grazia, Cosmopolitan amongst others and as a runway model for big fashion brands like Bulgari, Guess, Armani, Givenchy, Marc Jacobs and plenty of others. Her best-known work is as a Victoria Secret model.

She has plenty of titles under her name. She was listed in 2005 Forbes’ edition of The World’s Best-Paid Celebrities Under 25. After 2014, she was named as 2nd highest paid supermodel.